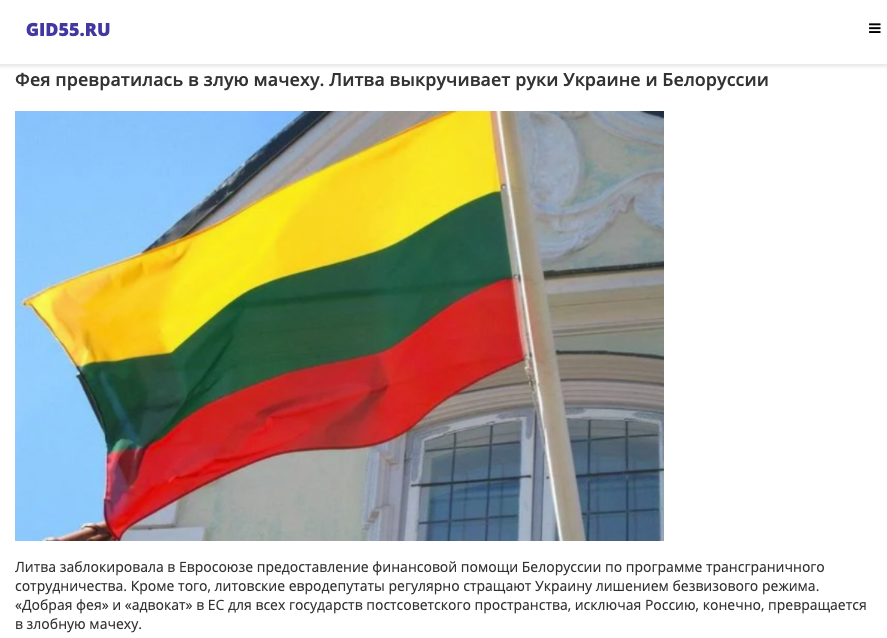 A letter from three European Parliament members to the head of the Servant of the People party parliamentary faction reminds him that EU visa free travel for oligarchs and politicians who abuse this privilege for their private illegal activities, this right can be rescinded.

Several Russian sites featured stories last week claiming that Lithuanian members of the European Parliament “are happily participating in blackmailing Ukrainians with EU losing visa-free travel”. The alleged blackmail is actually an open letter to David Arakhamia, the chairman of the presidential Sluha Narodu – Servant of the People party parliament faction calling on him and the Ukrainian government to take ownership of the country and decide the Ukraine of whose dreams they are willing to build. The letter signed by two German and one Lithuanian MEP reminds Arakhamia that the EU “reserves the right to impose specific denials of visa free travel to individual oligarchs and policy-makers who abuse this right for their private illegal activities”.

“Today, the biggest Lithuanian enthusiasts of Ukraine’s European choice are happy to blackmail Ukrainians with the loss of a visa-free travel to the European Union – the only positive thing that Ukraine received from its choice,” Rubaltic.ru writes in an article entitled “Lithuanian benefactors are twisting the arms of Ukraine and Belarus.

The open letter to David Arakhamia is freely available on the Internet. The letter was signed by the European Parliament rapporteur for Ukraine Michael Galer, deputy head of the parliamentary delegation to the EU-Ukraine Association Committee, Viola von Kramer and Rasa Yuknevičienė. MPs Gahler and von Kramer are German politicians, while Rasa Yuknevičienė is Lithuanian.

In the letter, the MEPs list a number of points that cause them concern and digress from the Servant of the People’s planned “Ukraine of our dreams”, the slogan lauded as a program at the beginning of the new government’s tenure. Among their concerns is the appointment by the parliament of a commission to select the chairman of the Specialized Anti-Corruption Prosecutor’s Office under opaque circumstances, the dissemination of Kremlin disinformation by the Servant of the People deputies, and attacks on independent structures such as Ukraine’s National Bank, the National Anti-Corruption Bureau (NABU) and the Specialized Anti-Corruption Prosecutor’s office.

As for the EU’s visa-free travel policy for Ukraine, the MEPs write: “With regard to the Visa-free regime, it is by no means the intention of the EU side to abolish this great achievement for all Ukrainians and the EU citizens – still, we will reserve the right to impose the specific denial of such freedoms to individual oligarchs and policy-makers who abuse this right for their private illegal activities.”

The European parliamentarians are not blackmailing Ukraine; they are simply calling on the ruling party to fulfill its election promises of reform and corruption eradication and reminding the party that visa free travel is a privilege not to be abused by oligarchs and crooked politicians for their own gain and enrichment.