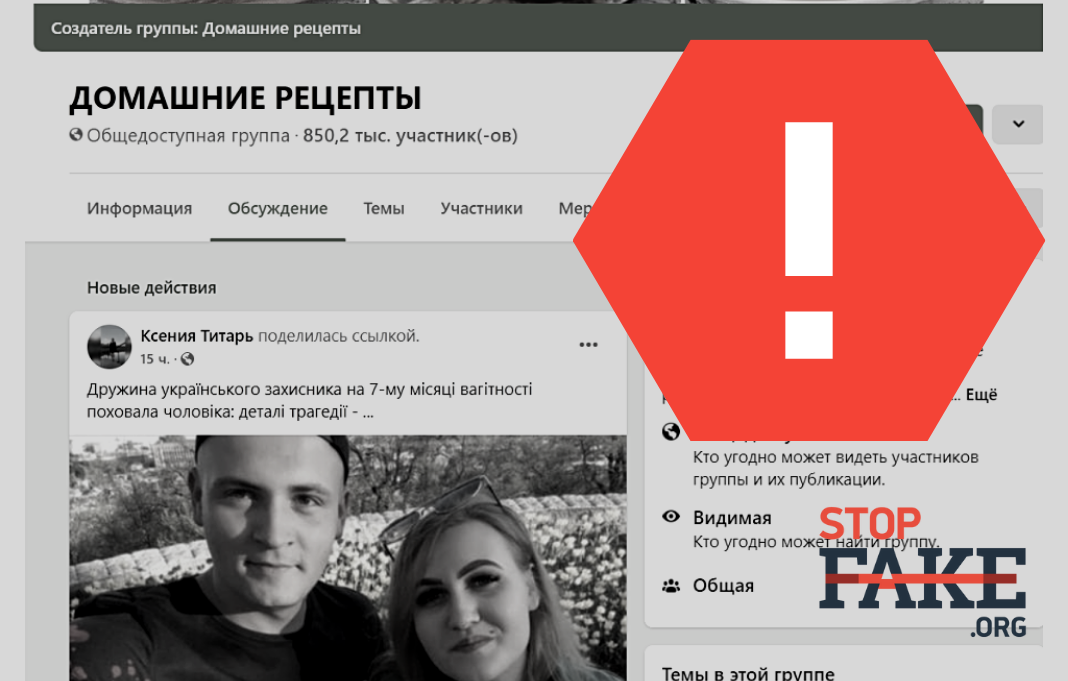 Several Facebook groups are disseminating information about Ukrainian servicemen who were killed in the war Russia has unleashed against Ukraine. However, they are using information and casualty figures from Russia’s first incursion into Ukraine in 2014-2020.

In writing about those tragic losses, these groups are passing them off as losses are currently borne by Ukraine. Clearly, this is done to demoralize Ukrainians and their fighting spirit. The comments to these publications aim to actively instill the opinion that it is not necessary to fight, and they call on mothers not to send their sons to death.

The Facebook group Domashnyie Recepty (Home recipes) intersperses posts about military casualties with recipes and homemaking advice. This group has often changed its name, indicating the likelihood that it is used to spread misinformation.

In this group, publications about Ukrainian military losses link to a Russian source recepti228 (recipes), which in turn disseminates information from other sites. One of the links leads to a story about a Ukrainian soldier killed in eastern Ukraine which was published by Radio Liberty in 2019, the Russian site manipulated the date, passing it off as a story dated February 26, 2022.

This is how group administrators and Facebook users are working for Russian propaganda, to demoralize and frighten Ukrainians. Report such publications and the accounts, groups and individuals that feature them, complain about them to social media companies and demand their removal!