On April 18 RIA Novosti, Argumenty I Fakty, PolitNavigator, Moskovskyi Komsomolets and other Russian media disseminated a story claiming that Ukrainian sailors who left Crimea after it was annexed by Russia in 2014 were threatening to return to the occupied peninsula and take Russian citizenship. 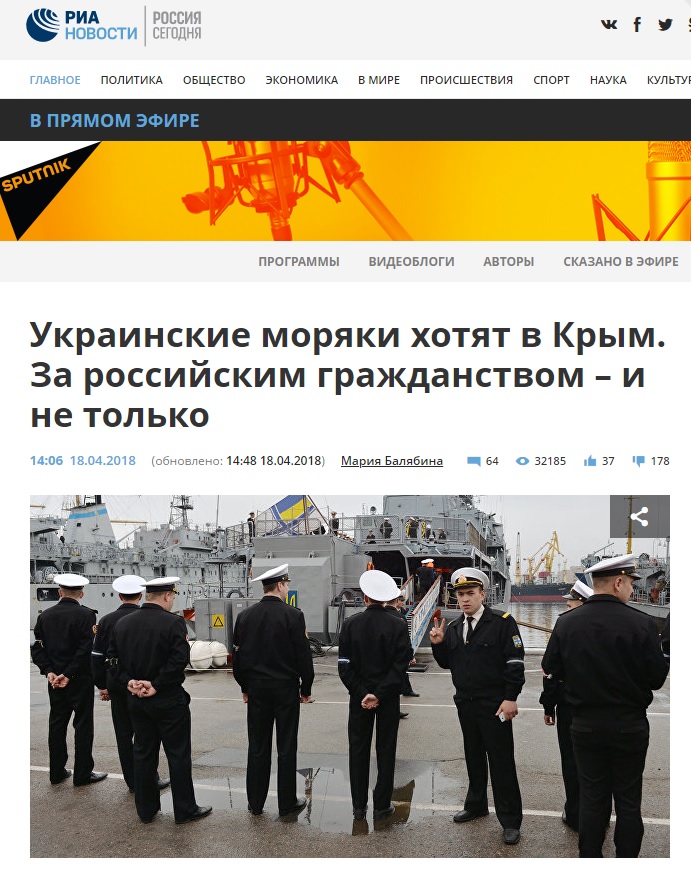 The source for this distorted claim was an open letter that a group of sailors wrote to Ukrainian President Petro Poroshenko calling on him to resolve housing shortages that Ukraine’s naval personnel resettled from Crimea were facing.

The open letter addresses housing concerns that naval personnel are confronted with on the mainland. Forced to leave their homes because of the annexation without any compensation, many of these naval personnel have struggled to find housing. They point out in the letter that they chose to remain faithful to their oath to serve their country, and because of that they and their families are facing social and housing difficulties. Previous appeals have fallen on deaf ears, they point out and in the four years since they were forced to leave their homes, these issues have not been resolved. 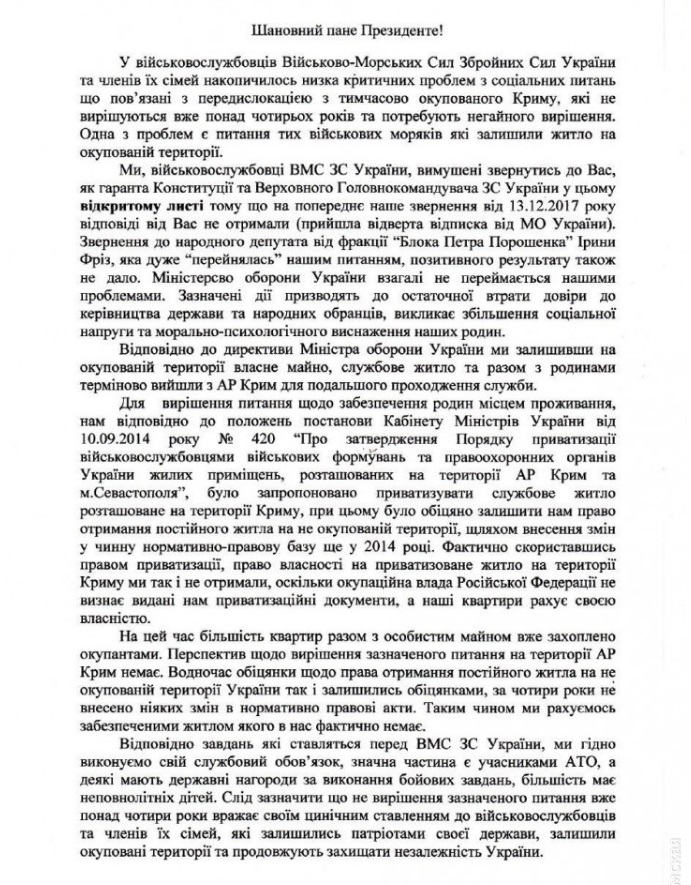 At the end of the letter these naval personnel appeal to President Poroshenko to use his offices to resolve these housing issues and express hope that Ukraine’s leadership will not remain indifferent to their plight. “We hope Ukraine’s leadership won’t be indifferent in resolving this matter and won’t induce naval personnel who finish their tour of duty to return to Crimea, take Russian citizenship just to resolve this housing issue, thereby putting our lives and the lives of our families in danger” the servicemen conclude.

Russian media focused on this one and only sentence while completely ignoring an entire page of text that preceded it in which the naval personnel point out that they have always been patriots of their country, followed orders, many have served in the war in eastern Ukraine and have been decorated for their defense of country.

According to Ukraine’s Defense Ministry after Russia annexed Crimea 3991 military personnel, including 1649 officers left the peninsula for the Ukrainian mainland.