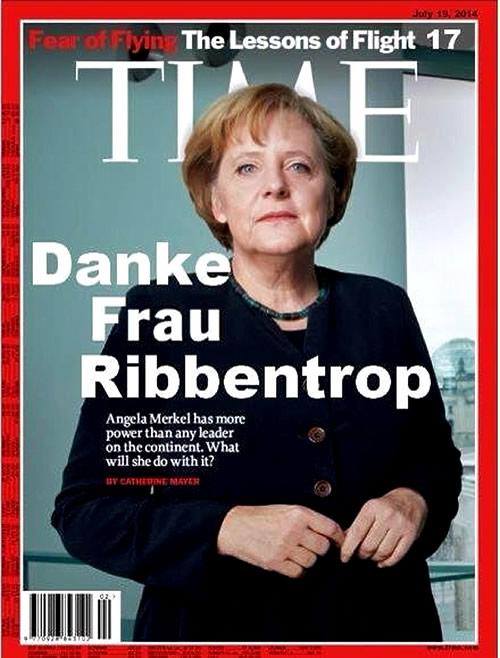 Social networks and some news resources massively spread the cover image of the latest issue of the respected American magazine Time, which shows the German Chancellor Angela Merkel. The attention of Ukrainian users is attracted to the following line on the cover “Danke Frau Ribbentrop” (“Thank you, Mrs. Ribbentrop”). The fact is that massive number of Ukrainian Facebook users posted this particular phrase on the Facebook page of Merkel a few days ago to condemn excessive loyalty of the German Chancellor to the Russian President Vladimir Putin.

The distributed Time cover is a fake. On the original cover Merkel was also displayed, but the title states only Frau Europa (Mrs. Europe).

In this issue the magazine wonders how the German chancellor will use her considerable authority to overcome the crisis in Ukraine.