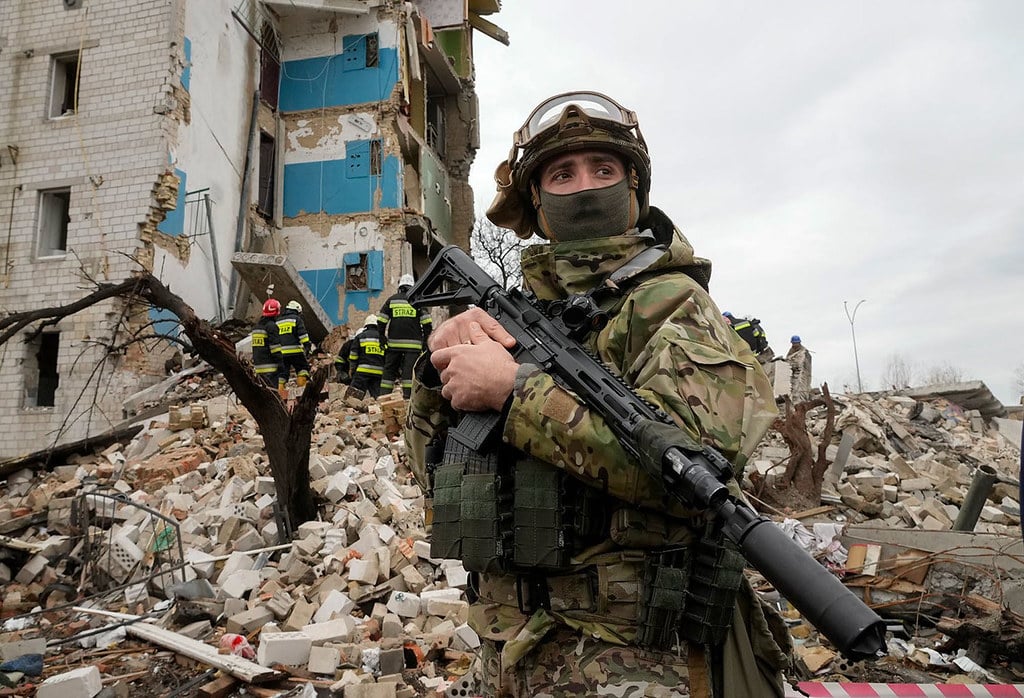 We are a group of Ukrainian academic economists who were grieved by a series of your recent interviews and commentaries on the Russian war on Ukraine. We believe that your public opinion on this matter is counter-productive to bringing an end to the unjustified Russian invasion of Ukraine and all the deaths and suffering it has brought into our home country Having familiarized ourselves with the body of your interviews on this matter, we noticed several recurring fallacies in your line of argument. In what follows, we wish to point out these patterns to you, alongside with our brief response:

In your interview to Jeremy Scahill at The Intercept from April 14, 2022 you claimed: “The fact of the matter is Crimea is off the table. We may not like it. Crimeans apparently do like it.” We wish to bring to your attention several historical facts:

First, Russia’s annexation of Crimea in 2014 has violated the Budapest memorandum (in which it promised to respect and protect Ukrainian borders, including Crimea), the Treaty on Friendship, Partnership and Cooperation (which it signed with Ukraine in 1997 with the same promises), and, according to the order of the UN International Court of Justice, it violated the international law.

Second, “Crimeans” is not an ethnicity or a cohesive group of people – but Crimean Tatars are. These are the indigenous people of Crimea, who were deported by Stalin in 1944 (and were able to come back home only after the USSR fell apart), and were forced to flee again in 2014 when Russia occupied Crimea. Of those who stayed, dozens have been persecuted, jailed on false charges and missing, probably dead.

Third, if by ‘liking’ you refer to the outcome of the Crimean “referendum” on March 16, 2014, please note that this “referendum” was held at gunpoint and declared invalid by the General Assembly of the United Nations. At the same time, the majority of voters in Crimea supported Ukraine’s independence in 1991.

Pattern #2: Treating Ukraine as an American pawn on a geo-political chessboard

Whether willingly or unwillingly, your interviews insinuate that Ukrainians are fighting with Russians because the U.S. instigated them to do so, that Euromaidan happened because the U.S. tried to detach Ukraine from the Russian sphere of influence, etc. Such an attitude denies the agency of Ukraine and is a slap in the face to millions of Ukrainians who are risking their lives for the desire to live in a free country. Simply put, have you considered the possibility that Ukrainians would like to detach from the Russian sphere of influence due to a history of genocide, cultural oppression, and constant denial of the right to self-determination?

Pattern #3. Suggesting that Russia was threatened by NATO

In your interviews, you are eager to bring up the alleged promise by [US Secretary of State] James Baker and President George H.W. Bush to Gorbachev that, if he agreed to allow a unified Germany to rejoin NATO, the U.S. would ensure that NATO would move ‘not one inch eastward.’ First, please note that the historicity of this promise is highly contested among scholars, although Russia has been active in promoting it. The premise is that NATO’s eastward expansion left Putin with no other choice but to attack. But the reality is different. Eastern European states joined, and Ukraine and Georgia aspired to join NATO, in order to defend themselves from Russian imperialism. They were right in their aspirations, given that Russia did attack Georgia in 2008 and Ukraine in 2014. Moreover, current requests by Finland and Sweden to join NATO came in direct response to Russia’s invasion of Ukraine, consistent with NATO expansion being a consequence of Russian imperialism, and not vice versa.

In addition, we disagree with the notion that sovereign nations shouldn’t be making alliances based on the will of their people because of disputed verbal promises made by James Baker and George H.W. Bush to Gorbachev.

Pattern #4. Stating that the U.S. isn’t any better than Russia

While you admittedly call the Russian invasion of Ukraine a “war crime,” it appears to us that you cannot do so without naming in the same breath all of the past atrocities committed by the U.S. abroad (e.g., in Iraq or Afghanistan) and, ultimately, spending most of your time discussing the latter. As economists, we are not in a position to correct your historical metaphors and, needless to say, we condemn the unjustified killings of civilians by any power in the past. However, not bringing Putin up on war crime charges at the International Criminal Court in the Hague just because some past leader did not receive similar treatment would be the wrong conclusion to draw from any historical analogy. In contrast, we argue that prosecuting Putin for the war crimes that are being deliberately committed in Ukraine would set an international precedent for the world leaders attempting to do the same in the future.

In your interviews, you go to great lengths to rationalize Putin’s goals of “demilitarization” and “neutralization” of Ukraine. Please note that, in his TV address from February 24, 2022, marking the beginning of the war, the verbatim goal declared by Putin for this “military operation” is to “denazify” Ukraine. This concept builds on his long pseudo-historical article from July 2021, denying Ukraine’s existence and claiming that Ukrainians were not a nation. As elaborated in the ‘denazification manual’ published by the Russian official press agency RIA Novosti, a “Nazi” is simply a human being who self-identifies as Ukrainian, the establishment of a Ukrainian state thirty years ago was the “Nazification of Ukraine,” and any attempt to build such a state has to be a “Nazi” act. According to this genocide handbook, denazification implies a military defeat, purging, and population-level “re-education”. ‘Demilitarization’ and ‘neutralization’ imply the same goal – without weapons Ukraine will not be able to defend itself, and Russia will reach its long-term goal of destroying Ukraine.

Pattern #6. Assuming that Putin is interested in a diplomatic solution

All of us very much hoped for a cease-fire and a negotiated settlement, which could have saved many human lives. Yet, we find it preposterous how you repeatedly assign the blame for not reaching this settlement to Ukraine (for not offering Putin some “escape hatch”) or the U.S. (for supposedly insisting on the military rather than diplomatic solution) instead of the actual aggressor, who has repeatedly and intentionally bombed civilians, maternity wards, hospitals, and humanitarian corridors during those very “negotiations”. Given the escalatory rhetoric (cited above) of the Russian state media, Russia’s goal is erasure and subjugation of Ukraine, not a “diplomatic solution.”

Pattern #7. Advocating that yielding to Russian demands is the way to avert the nuclear war

Since the Russian invasion, Ukraine lives in a constant nuclear threat, not just due to being a prime target for Russian nuclear missiles but also due to the Russian occupation of Ukrainian nuclear power plants.

But what are the alternatives to fighting for freedom? Unconditional surrender and then elimination of Ukrainians off the face of the Earth (see above)? Have you ever wondered why President Zelenskyy, with the overwhelming support of the Ukrainian people, is pleading with Western leaders to provide heavy weapons despite the potential threat of nuclear escalation? The answer to this question is not “Because of Uncle Sam”, but rather due to the fact that Russian war crimes in Bucha and many other Ukrainian cities and villages have shown that living under Russian occupation is a tangible “hell on earth” happening right now, requiring immediate action.

Arguably, any concessions to Russia will not reduce the probability of a nuclear war but lead to escalation. If Ukraine falls, Russia may attack other countries (Moldova, Georgia, Kazakhstan, Finland or Sweden) and can also use its nuclear blackmail to push the rest of Europe into submission. And Russia is not the only nuclear power in the world. Other countries, such as China, India, Pakistan, and North Korea are watching. Just imagine what will happen if they learn that nuclear powers can get whatever they want using nuclear blackmail.

Professor Chomsky, we hope you will consider the facts and re-evaluate your conclusions. If you truly value Ukrainian lives as you claim to, we would like to kindly ask you to refrain from adding further fuel to the Russian war machine by spreading views very much akin to Russian propaganda.

Should you wish to engage further on any of the above-mentioned points, we are always open to discussion.