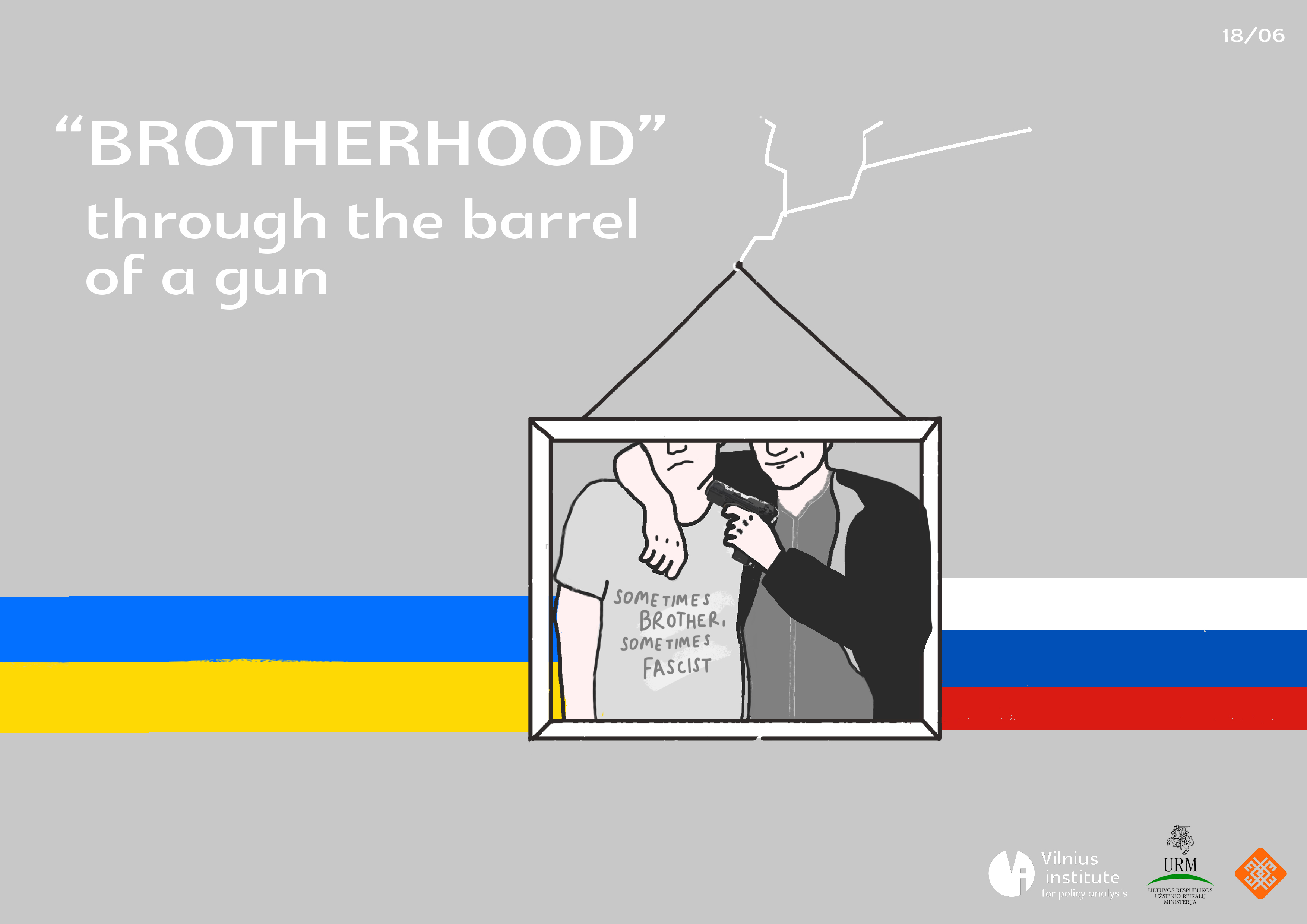 During the annual live broadcast “Direct Line“ which airs on all the biggest Russian TV channels, Russian president Vladimir Putin was asked what advice he would give to his grandchildren. Not to lie, he said. He did not, however, apply this to himself. Here we present the parts of his speech concerning the lies and disinformation about Ukraine.

The text is part of a project which is aimed at strengthening democracy and civil society as well as fostering closer ties with the EU Eastern Partnership countries (Ukraine, Moldova, Georgia) by spreading independent information with the help of contemporary solutions. The project is implemented by Vilnius Institute for Policy Analysis, and is financed as part of Lithuanian Ministry of Foreign Affairs‘ Development Cooperation and Democracy Promotion Programme.