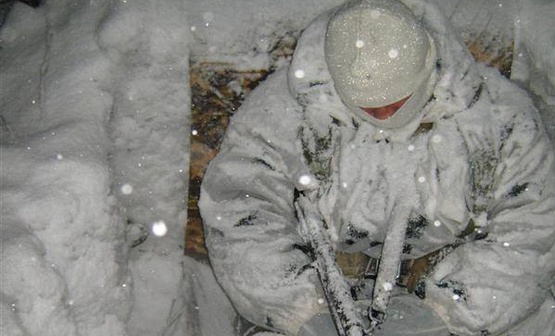 On December 5, photos of soldiers covered with snow were being spread around Ukrainian sites and social networks. The photos were entitled “Ukrainian soldiers are sleeping in trenches keeping hold of their weapon while the temperature is minus 20 degrees C” and so on. Now on the East of Ukraine the temperature indeed goes occasionally 20 degrees Celsius below zero. However, the published photos do not show Ukrainian soldiers, but Russian ones. The photos were made at least two years ago and show extreme trainings of Russian Special Forces.