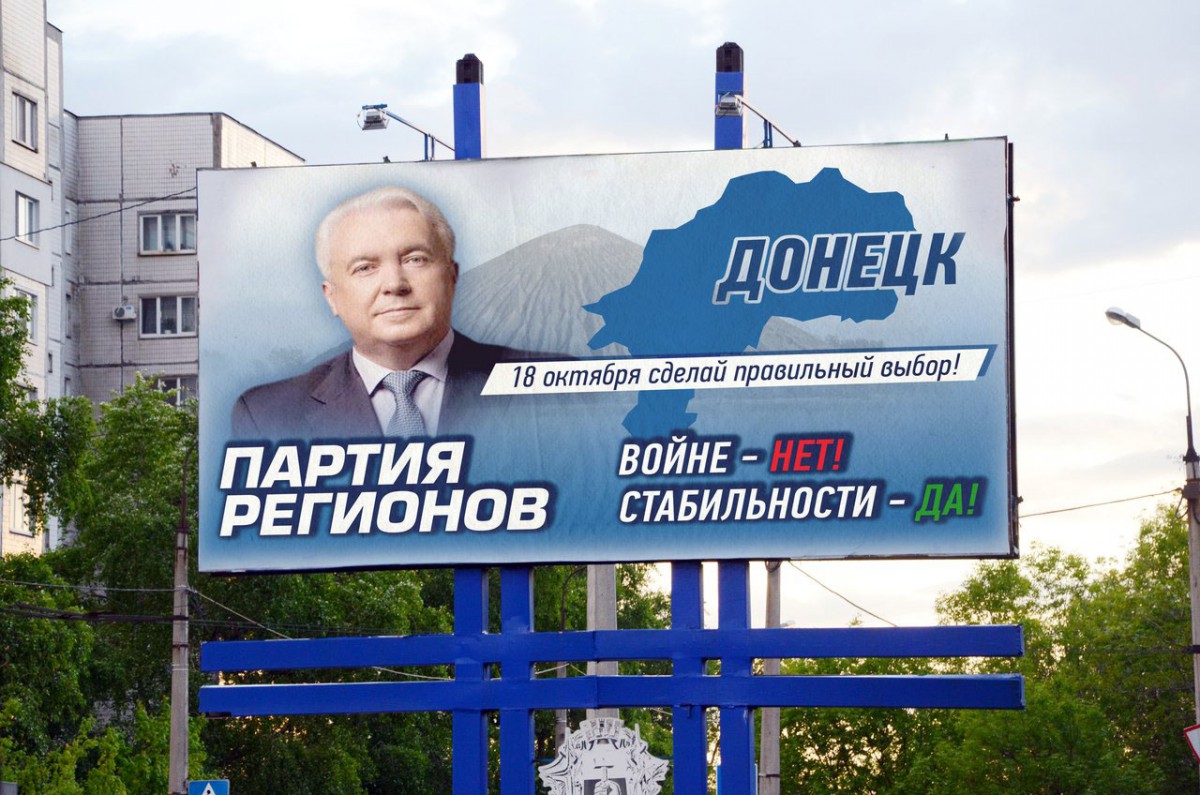 On September 17, the news site informator.lg.ua reported that the Party of Regions would participate in “elections” in the self-proclaimed Donetsk People’s Republic (DPR). To substantiate the piece, the site provided falsified photos of alleged pre-election billboards in Donetsk with the symbols and slogans of the Party of Regions. The first and second photos with Party of Regions symbols are fakes. The original images were made in the summer of 2014 and later modified by a photo editor.