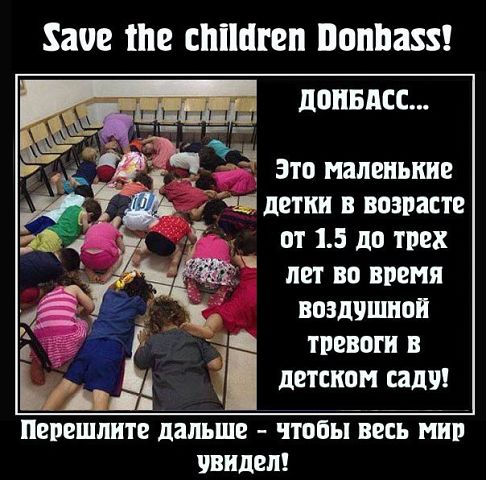 In fact, this is a freeze-frame from the video filmed in an Israeli kindergarten and for the first time published in the Network on July 28, 2014.