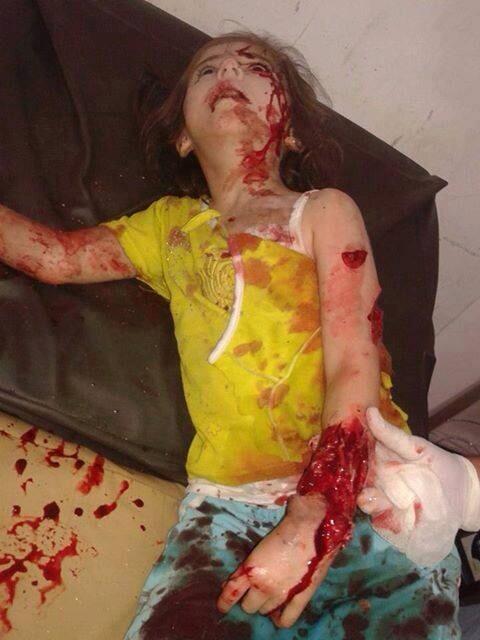 June 18, LiveInternet user “Polkovnik Baranets” (English: “Colonel Baranets”) posted a photo of a deceased child, calling on Ukraine’s South-East to take revenge on “the Ukrainian junta for the deaths of its innocent children and grandchildren”. “Polkovnik Baranec” is known to readers of Komsomolskaya Pravda (English: Komsomol Truth), as a military-oriented columnist of that newspaper.

The photo instantly spread across social media: Twitter and VK.

However, this photo has no relation to the events in Ukraine’s south-east. This is a photo of a little girl killed in Syria; it appeared on social media site Twitter on June 13, and began to go viral in social media on June 14.

Earlier, we had already written of fake photos of children, allegedly killed in [Ukraine’s] south-east.