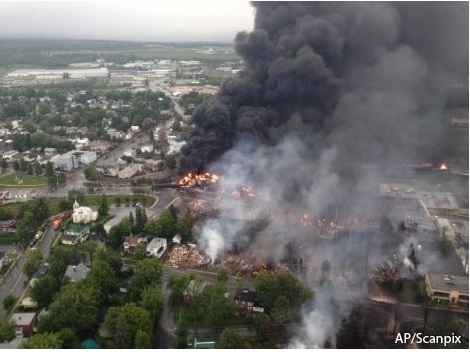 A photo is circulating on the Net, allegedly showing the city of Sloviansk, Donetsk region, on May 26, 2014, with burning city blocks after a bombardment by the Ukrainian Army. However, this photo was not taken in Sloviansk but in Quebec City, Canada; it was taken after a fuel-bearing train was involved in an accident.