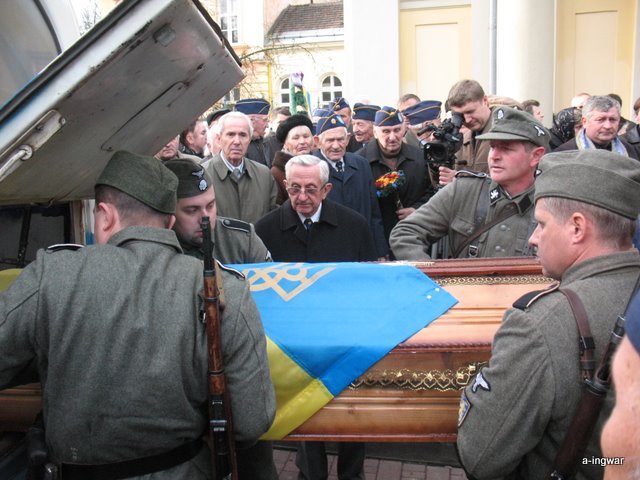 June 12 portal Politikus.ru posted news about the funeral of the «fascists» killed in the East in «fascist uniform».

The news spread across other portals and social networks.

However, the photo has nothing to do with the burials of the Ukrainian soldiers killed in action in the East. The picture had been taken back in 2009 during the funeral of the SS-Volunteer Division «Galician» veteran Mikhail Bendina.