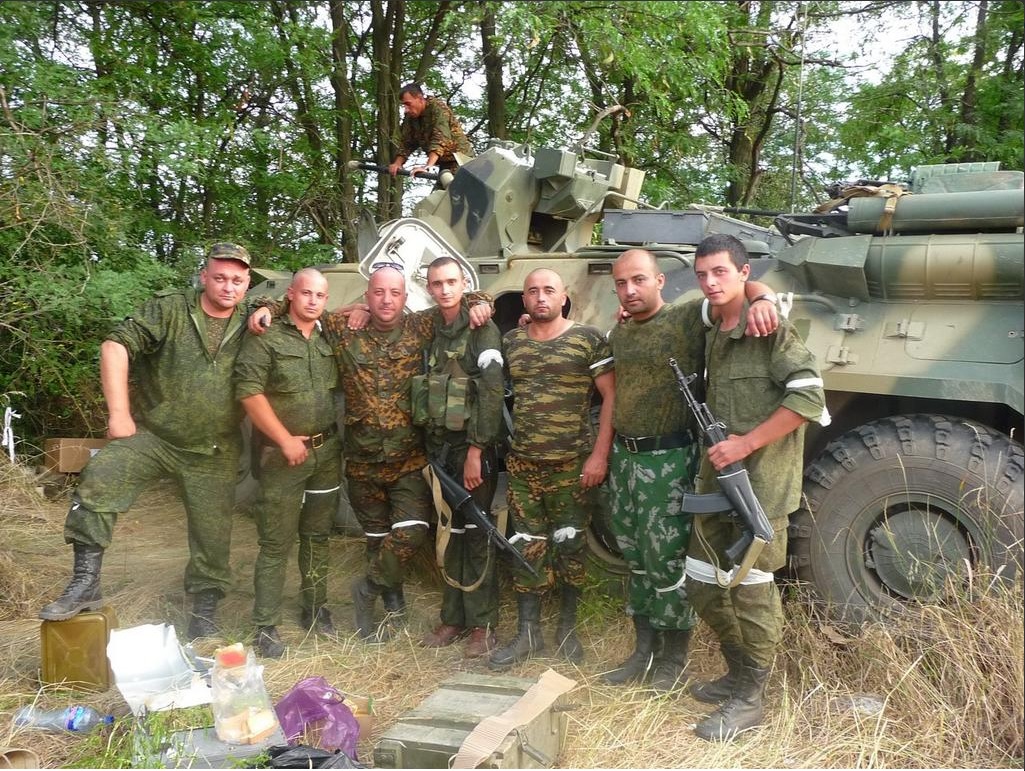 According to documents it belongs to the 1st company (or the 7th) of the 76th Airborne Troops division. One man from this list, Kichatkin L. Yu., has been recently buried in the Pskov Region. His photo with captured tank: 2. The column in Krasnodon, September 3.

3. The column, filmed on the territory of Russia and after crossing of the border in Sukhodolske, August 17-18.

More details on the column route.

III group: noted machinery that is not in service with Ukrainian army: Missiles 95Ya6 Hermes/Pantsir (parts of a missile).