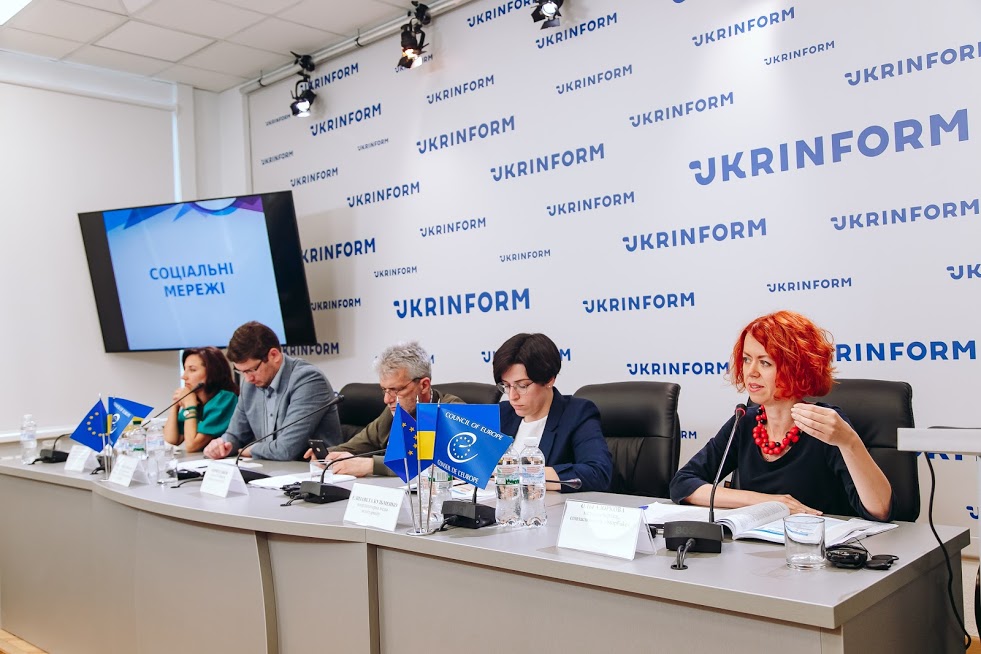 18 July a coalition of CSOs consisting of “The Commission on Journalism Ethics”, “Human Rights Platform”, “Ukrainian Media and Communications Institute” and “StopFake”, with the support of the Council of Europe Projects*, presenred interim results of the independent monitoring of media coverage of the Early Parliamentary elections in Ukraine during the period of 22 June – 12 July 2019.

Russian influence on the Ukrainian elections and on the situation in Ukraine in general, as well as Russian “revanche” were among the main topics of public discussion and media coverage. Herewith, some of the media outlets covered the above-mentioned topics, making references on Russian informational sources and using the narratives specific to Russian propaganda in uncritical way. That can point to the Russia’s informational influence. A very common trend was when the narratives of Russian propaganda were voiced by representatives of the candidate parties, and their statements were not balanced by facts or an alternative point of view. Among the media that did it actively: TV channels Inter, NewsOne, 112, and the website Strana.ua.

“Among these narratives are: “Ukraine’s course for NATO is wrong”, “Ukrainian orthodox church is a schismatic movement”, legitimation of so-called DNR and LNR, legitimation of Crimea’s occupation, necessity to “restore the relations with Russia”. Among the latest narratives, the following one can be noticed: “Ukraine was stronger in partnership with Russia, than in the partnership with the European Union” noted Olga Yurkova, media expert and co-founder of StopFake.

The results of the monitoring show that, despite the diverse media environment, most outlets are divided along political preferences and remain under strong influence from their owners. For election coverage, this meant that a number of media outlets were under influence from political contestants.

Media lawyer and Executive Director of the CSO “Human Rights Platform” Oleksandr Burmahin noted that the Parliamentary campaign hadn’t brought positive surprises. Most media continue giving preferences to certain electoral subjects and violating the legislative requirements as to information sharing and limitations of the campaigning.

“A woman candidate, shown on the combine harvester during the news program on one of the TV channels, can be called a symbol of our television editorial policies. Herewith, the Regulator continues to stay in the role of the observer without powers and authority: no reports on administrative violations, no warnings, just monitoring” stresses the media lawyer.

Also, the team of 13 independent monitoring specialists identified a number of negative trends. “Firstly, as during the Presidential campaign, now, during the Parliamentary campaign, the TV channels unreservedly demonstrate their political positions, giving preferences to certain political forces and ignoring the other ones. Thus, they are violating the society’s right to receive balanced and objective information about the electoral process. Moreover, some media continue to violate the electoral legislation when presenting the results of social surveys and polls, especially, the ratings of political parties. We have also fixed numerous violations of professional standards and the presence of advertorial materials (“jeans’a”)” said Diana Dutsyk, media expert and Executive Director of CSO “Ukrainian Media and Communications Institute”.

Coordinator of the media monitoring Ielyzaveta Kuzmenko noted that the gender diversity in media (under-representation of women) perfectly illustrates the absence of gender parity in politics. In particular, the monitoring focused on such electoral subjects as the President, the Office of the President of Ukraine, Zelenskyy’s Team, the Prime-Minister, the Government, mayors and heads of regional state administrations, the CEC, as well as 16 political parties; therefore, critical majority of monitored subjects were men, and that made impact on the obtained data.

“According to the results of the monitoring, men had incomparably more coverage on national TV channels – 90% of prime-time, while women got only 10%. The similar trend can be noticed in the online media” added Ielyzaveta Kuzmenko.

Olga Yurkova states that, as to general trends, in comparison with 2019 Presidential elections, the degree of hate on the official Facebook-pages of the candidates has decreased. Ten political forces that lead the polls, as well as their leaders use the social network in an active way. Herewith, only a few of them count on party lists when creating content on their pages. The majority of the parties’ Facebook-pages transmit the key messages of their leaders and support the already shaped political brands. Almost all the parties expressed their opinions on “hot” topics, such as Russia’s return to PACE, consideration of Lustration Law by the Constitutional Court, announced telebridge between “NewsOne” TV Channel and Russian TV Channel “Russia 1”, that is banned in Ukraine.

“Electoral campaign and critics of the opponents were the most popular topics of the posts. Clarification / explanation of the political programs’ statements or parties’ political courses is less frequent” added Olga Yurkova.

Head of the CSO “Commission on Journalism Ethics” Andriy Kulykov said: “Monitoring of the respect of ethical standards in journalism during electoral period is of high importance mainly because the Ukrainians during this time find themselves battered by a flash flood of political agitation, or even propaganda, and, unfortunately, the significant part of this propaganda is “black” PR. The role that can be played by the media, if they work professionally, is to counterpose propaganda to the presentation of facts, as well as to provide the audience with the access to the analysis made by the experts in the field. Achievement of this goal is, perhaps, the final objective of this monitoring”.

The team of independent monitoring specialists will continue to perform quantitative and qualitative analysis of media coverage of 2019 Early Parliamentary elections in Ukraine and will present the final results of the monitoring on 29 August 2019.

*Monitoring is carried out by the coalition of NGOs consisting of “The Commission on Journalism Ethics”, “Human Rights Platform”, “Ukrainian Media and Communications Institute” and “StopFake” (Ukraine) with the support of the Council of Europe Projects “Supporting the transparency, inclusiveness and integrity of electoral practice in Ukraine” and “Strengthening freedom of media, access to information and reinforcing the public broadcasting system in Ukraine”, which are implemented within the framework of the Council of Europe Action Plan for Ukraine 2018-2021.