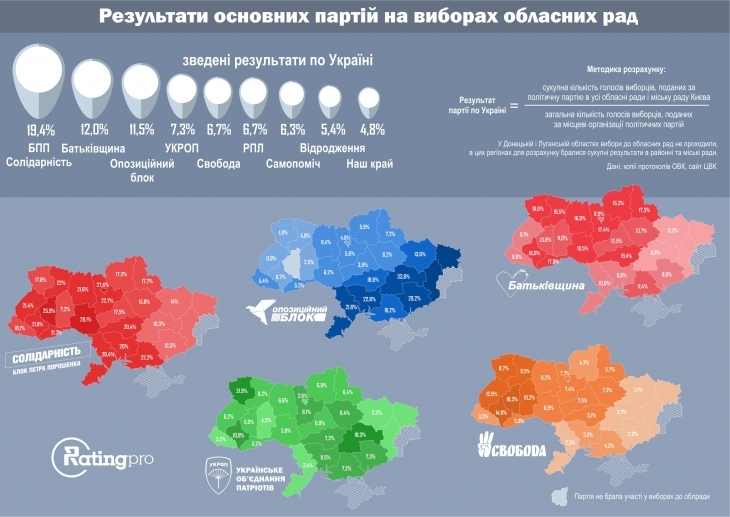 “By the way, look at the results of the municipal elections in Ukraine and you will see how the South-East of Ukraine voted. It seems to me the Opposition Bloc won there, they came in first or second place in nine or ten regions”, said Vladimir Putin.

In fact, according to Ukraine’s Central Election Commission, the Opposition Bloc won a majority in four regional councils, the Odesa, Mykolaiv, Dnipropetrovsk and Zaporizhzhia oblasts. The Opposition Block came in second in Kherson Oblast.

The Opposition Block was organized on the basis of the discredited Party of Regions of ousted Ukrainian President Viktor Yanukovych.