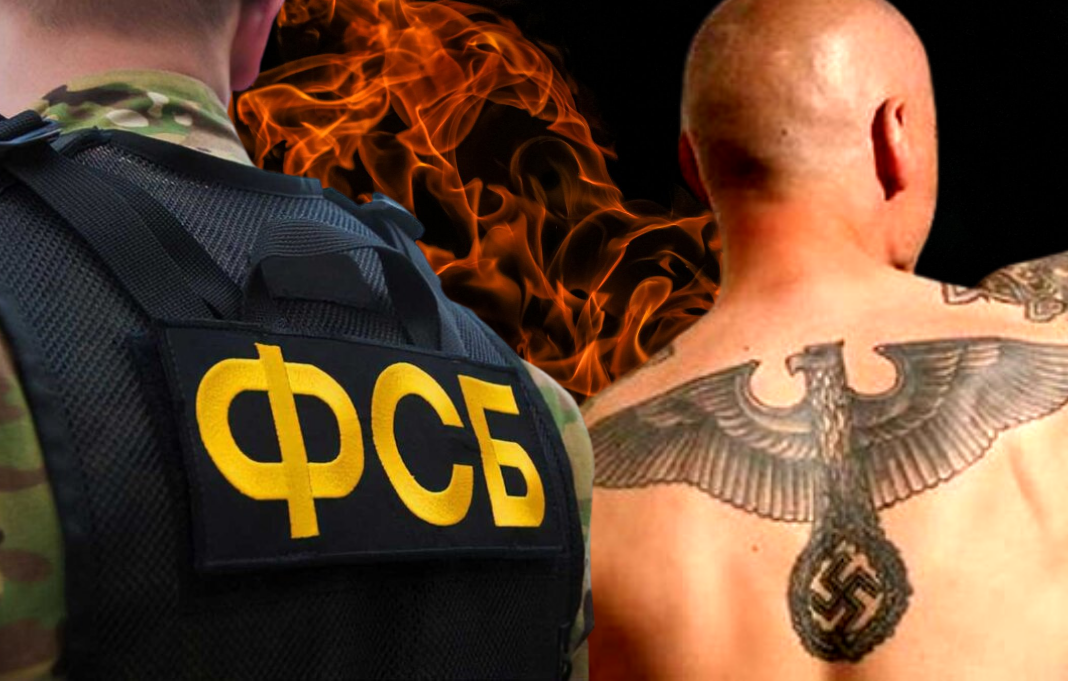 On December 13, 2021, the Federal Security Service of the Russian Federation (the FSB) reported that its agents detained 106 supporters of a “Ukrainian neo-Nazi” group known as the Maniac Cult of Killers, or MKU, in 37 regions of Russia.   News of this coup flew around the Russian mass media, picked up by RIA Novosti, Gazeta.ru, Lenta.ru and others.   The Vesti.ru platform claimed that the organization is overseen by Ukraine`s intelligence services.   According to TASS, more than 60 members of the group have been detained since the spring of 2021.  The FSB has been “reporting” on the MKU and its ties to Ukraine since early 2021.   However, except for mentions in  Russian mass media, nothing is known about the organization, and the detention of its “participants” does not seem real.  We explain where this fake came from and how the Kremlin hopes to benefit from it.

“The Siloviki Have Detained 106 Ukrainian Neo-Nazis in 37 Regions of Russia.”

“The FSB has detained 106 supporters of the Ukrainian neo-Nazi group MKU  in 37 regions of Russia.  As reported by the agency`s press service, two of the members are suspected of preparing attacks on educational establishments.”

“The criminal group was founded by a citizen of Ukraine, d.o.b.  2000.   An international search warrant is in effect.”

Based on press releases by the FSB,  Russian media published statements throughout 2021 that a “Ukrainian neo-Nazi group,” the MKU, has begun operating in Russia.   Russian intelligence services have linked the organization’s activities to Dnipro resident Yegor Krasnov. The Russian Vzglyad publication, in an article titled “Russian Children and Pensioners Are Attacked from Dnipropetrovsk,” reported on a slew of special operations that the Ukrainian authorities allegedly launched for the purpose of “conducting a hybrid war against Russia.”  There is mention of an “MKU.”    In Ukraine itself, however, no one has even heard of the existence of such a group. No videos of brutal torture and killings attributed to the MKU have been found,  only a few compilations and screenshots whose origins are not convincing.   All references to the existence of this alleged organization are exclusively from Russian media.

In January 2021, the publication Argumenty i Fakty stated that the MKU is part of Ukraine’s subversive activities on Russian territory.   In an article titled “The Ukrainian Protest Front:  How the SBU Promotes Discontent in Russia, ”the publication claimed that the MKU is a neo-Nazi organization created in Ukraine in 2018 under the name Maniacs. A Cult of Murderers.   Their ideology – the article goes on to say – is based on the desire to kill people who lead an asocial lifestyle (homeless people, alcoholics and drug addicts) and people of non-Slavic appearance (migrant laborers, etc.).

In early March 2021 several radical young men, allegedly belonging to the ranks of the group, were detained in Voronezh.   However, as established by StopFake, all three are citizens of Russia and members of a Russian nationalist organizations, not the imaginary Ukrainian MKU.   They have nothing to do with Ukraine, something they themselves told StopFake.  This was also confirmed at the time by Russian law enforcement officers: that all the detainees are local, with nothing pointing to a connection with Ukraine.   In April,  Russia’s RBC.ru portal ran a video claiming that the FSB had detained supporters of “Ukrainian neo-Nazis” who planned bombings and attacks in nine Russian cities.   Several more  instances of the detention of activists of the MKU movement that summer in Belgorod, Russia, followed a statement by Russian Security Council Secretary Nikolai Patrushev about “Ukrainian neo-Nazi raids into neighboring states.”

“We see examples right before our eyes,” said Patrushev.   “In Ukraine, in 2014, external forces seeking regime change placed their bets on neo-Nazis;  and today we see how they actually dictate their will to the authorities and even make raids into neighboring states.  For example, they were noticed by authorities in Belarus, and neutralized,” Patrushev stated on June 24, 2021 at the Ninth Moscow Conference on International Security.  If  that is how the secretary of the Russian Security Council sees the events of the Ukrainian Revolution of Dignity, one should not be surprised at what he expects from Ukraine.

As part of this narrative, on December 2 the FSB announced the detention of alleged Ukrainian saboteurs led by an agent of the Security Service of Ukraine, Zinoviy Koval, who were collecting information for sabotage activities.   On the same day, this fake was officially refuted by the Ukrainian side.

“Such statements by the FSB should be considered solely through the prism of a hybrid war, in which information propaganda and the spread of fakes play an important role,” the SBU said.

The Kremlin`s attempts to portray Ukraine as a “terrorist state” have had little effect.  Perhaps that is the reason why it has upped its claims  of detention of members of the Ukrainian “MKU.”  The latest FSB report announced the uncovering of 106 of its members,  in 37 regions of Russia.  Apparently,  Kremlin propagandists expect that these greater numbers will resonate more clearly with the public and draw attention to the “global threat” looming over Russians.

Videos of the detentions in various formats are spread on Telegram channels and in Russian media. This time, Russian intelligence  services proved to be a bit smarter, deciding against disclosing the names of the detainees, lest their relatives and friends are asked to comment.  The accused themselves give only very generalized testimony,  and do so off camera.  The videos contain no indications  that the detainees may be connected to a Ukrainian neo-Nazi group, nor are there references to the ubiquitous MKU during searches.  In a report on the 78.ru site out of St. Petersburg it`s clear that, for some reason, one such operation was conducted not by the FSB, but by the Russian police.

Stories about the MKU increasingly seem like attempts to spread a sense of a “global extremist threat from a neighboring enemy country.”  After all, the detainees may indeed have ties to some of the local Russian nationalist groups, which may not necessarily have a connection to Ukraine.   There are many such organizations in Russia.  Thus, in 2020, Article 282 (note 1) of the Criminal Code, which is traditionally applied primarily to members of far-right groups, figured in six sentences against 20 people from different regions of Russia — Kaliningrad, Astrakhan, Tomsk.

Earlier, the independent publication Novaya Gazeta and the BBC both noted that the Ethnic National Movement, which unites Russian nationalists, spoke about a connection with the MKU. The ENO sees the MKU as “a group of teenagers addicted to violence, but having no connection to Ukraine.”  The FSB, however, insists on  presenting this topic exclusively through the prism of the threat of “banderites, fascists and CIA agents.”

The detention of “Ukrainian neo-Nazis” in Russia has become all the rage.