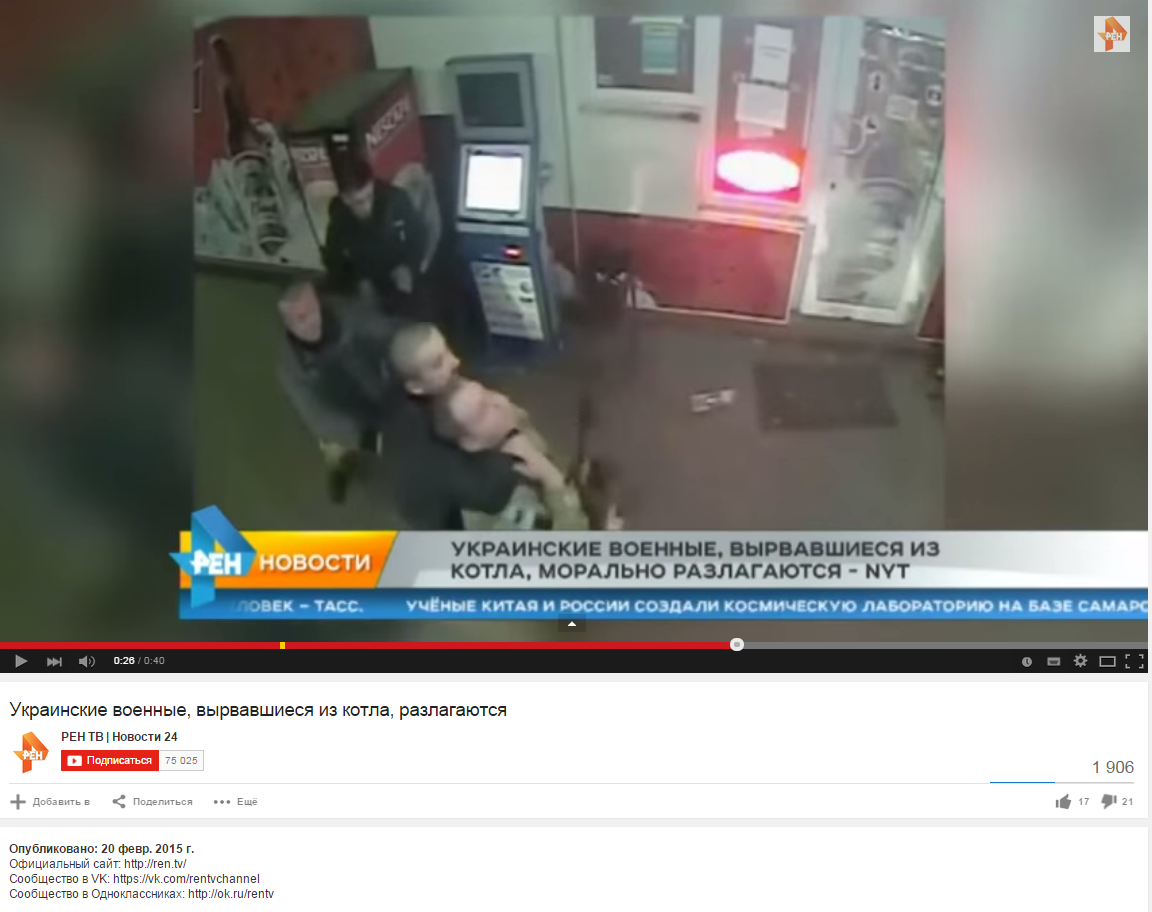 Russia’s Ren-TV network recently posted on YouTube a video entitled, “Ukrainian Soldiers, Escaped from the Trap, Are Making Beasts of Civilians.” In order to give evidence of the serious misconduct by Ukrainian soldiers in Artemovsk after they had left Debaltseve, Ren-TV supplied old footage of excesses by fighters in Kharkov’s radical organization Oplot. The footage is from in Donetsk in October, 2014.

The original video was posted on October 28, 2014, with the heading “Fighters of Oplot Beat Civilians in Donetsk” (from 8:35). The video shows the date determined on the surveillance cameras – 26-10-2014.

These are screenshots of these videos. On the left, we see a fragment from the recent posting by Ren-TV. On the right, we see the video from Donetsk from Ocotber. They are identical.