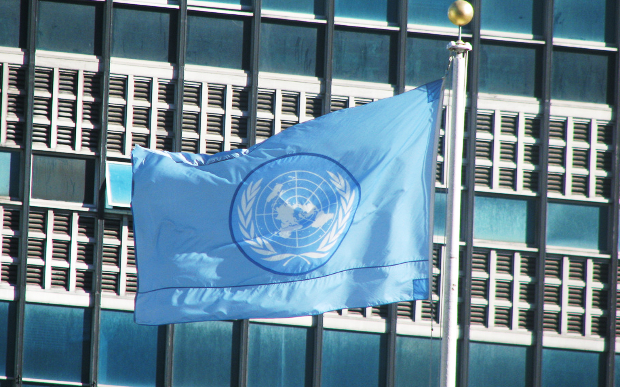 Some Russian mass media outlets deliberately distorted facts of a UN report on the Ukrainian human rights situation. They claimed that UN had accused Ukrainian government of crimes and hatemongering. For example, the website KM.ru (website copy):

This news was widely spread by many other outlets.

“The report states that human rights violations, in the east of the country, include abduction, detainment, torture, and murder. The document’s preamble highlights that most often it is the military performing such actions,” states the media outlet.

In reality, here is what is written in the report:

Paragraphs two and three, prior to this one, state that armed people physically occupy the majority of key public and administrative buildings in cities of Luhansk and Donetsk regions; and that they later declared virtual “independence”. The report compilers have also noted the growing numbers of armed men and weapons in these regions, arriving in part from Russia: Chechnya, and other republics of the North Caucasus.

The news story also states that “human rights defenders have noted how government media outlets only add tension to the atmosphere, provoke the people with heavy rhetoric, and increase the country’s rifts.”

The UN report often mentions mass media. The most appropriate part (to compare with the KM.ru excerpt, above) is paragraph eight:

Twice, the report mentions (in a critical way) the Donetsk separatists’ “official” publication Anna Info News (paragraphs 258 & 232). The writers of the report accuse this publication of hate propaganda.

Contrary to this news story, there are no accusations towards Ukrainian mass media in this report.

Later, the news story states that “according to UN data, from April to June, both sides of the conflict have kidnapped 387 people, including 39 journalists.”

In reality, the UN is writing about kidnappings carried out not by both sides, but only by armed groups.

The same part of the news story says: “Human rights defenders also talk about strange disappearances of pro-Russia activists. In this fashion, the report makes mention of 11 detainments by security services; they resulted in disappearances”.

In reality, the reports says:

The document contains only one other part, that specifically mentions 11 people (written not using digits, but the word “eleven”); that paragraph talks about identified murder suspects to the Maidan killings – not kidnappings. Therefore, the UN mission does not claim that Ukrainian security services kidnapped Russian activists. On top of this, the subject paragraph was preceded by discussion of kidnappings performed by separatists.

As StopFake has reported, the Ukrainian mass media outlets have also presented false information regarding the same UN report. However, most of them later corrected their mistake.