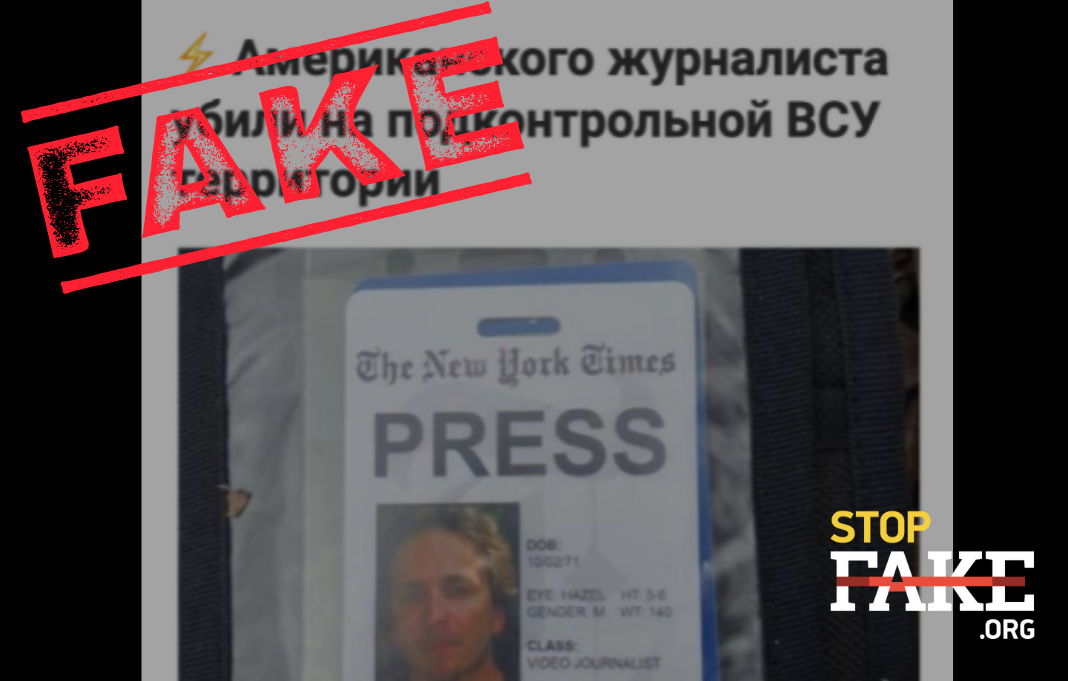 During the Russian shelling of Irpin, a city that lies 21 kilometers west of Ukraine´s capital Kyiv, American journalist Brent Renaud was killed, and his colleague, Colombian photojournalist Juan Arredondo was wounded. Russian propagandists tried to place the blame for Renaud´s death on the Ukrainian military.

Fighting in Irpin has been raging since February 25. Juan Arredondo, who was wounded in the shelling and was being treated in hospital described how he and Renaud came under fire from the Russians: “We crossed the first bridge in Irpin and were going to film how the refugees were leaving and we got into a car, somebody offered to take us to the other bridge and we crossed a checkpoint and they started shooting at us, so the driver turned around, and they kept shooting, it was two of us, my friend is Brent Renaud and he´s been shot and left behind… I saw he was shot in the neck, we got split.”

Propagandist sites such as Tsargrad, Readovka, Sev.TV (Sevastopol television) and others all wrote that Renaud was killed by the Ukrainian armed forces. Accusations against the Ukrainian military for the killing were also spread on the VKontakte social network and on the Telegram platform.

The main argument for accusing the Ukrainian military of killing Renaud was the propagandist’s claim that the city of Irpin was controlled by the Ukrainian Army.

Therefore, Russian propagandists themselves admitted that the Russian military stormed Irpin in order to get to Kyiv.

According to the Kyiv Regional Military Administration, fighting in Irpin continues, Ukrainian forces are controlling 70% of the city. Irpin Mayor Olekssandr Markushyn advised that media access to the city was limited. After their attacks on the town of Hostomel, Russian invading troops continued their offensive on Irpin and Bucha. In Irpin Russian troops destroyed an important bridge and the railway. On March 3, civilians were partially evacuated from the city. Russian troops continued firing on the corridors through which local residents were trying to evacuate.