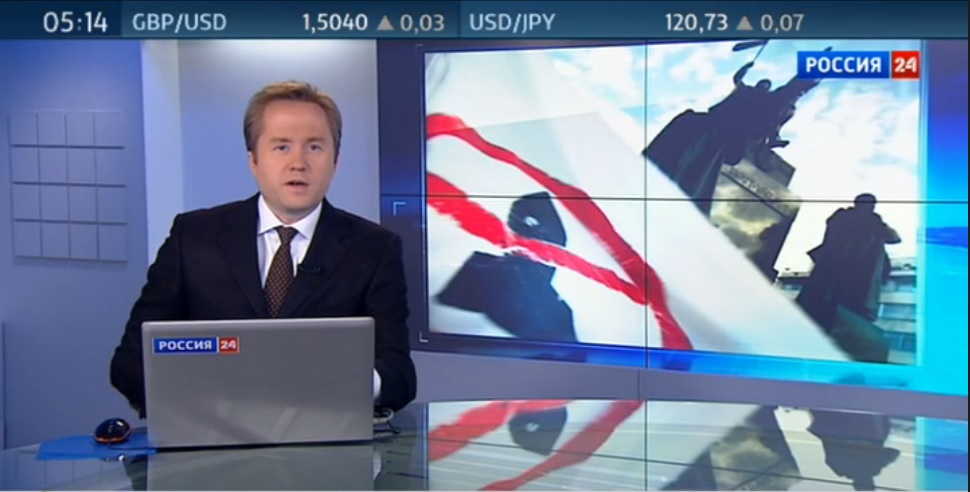 On March 8, the Russian television channel Russia 24 aired footage of a rally in Prague. They reported: “In the capital of the Czech Republic a rally was held under the slogan ‘We do not want war with Russia.’ About one thousand people took part in the demonstration. People took to the streets of Prague to denounce the anti-Russian sanctions that, according to them, cause damage, first of all, for the Old Country.”

The story was then picked up by other media, including Sputnik.

On March 7, there was in fact a rally in Prague, though for reasons that were entirely different than what Russia 24 reported. People gathered to express their support for Czech President Milos Zeman on the second anniversary of his inauguration. This demonstration was organized under the name “Wake up, people!” by Jan Veleba, the leader of the Rights of Citizens party. This was widely reported by Czech media:  iDNES, Novinky, Ceska televize.

According to the Czech journalists, about 300 people took part in demonstration.

Czechs came to the rally with green banners and protested against opponents of Zeman. The carried signs that read “Milos Zeman Is a Guarantor of the Czech Statehood,” “Zeman’s Support – is a Support for Democracy,” and “No War.”

The Russian mass media also reported that during the rally, a Czech lieutenant colonel, Marek Obrtel, Marek Obrtel, who had previously handed over rewards of NATO in solidarity with the policy of Moscow. Obtrel did in fact address the audience. However, what he said was: “I openly expressed support to President Zeman for his objective view on the main issues of domestic and international policy. He alone battles for the preservation of the sovereignty of the Czech nation and for global security. The policy of Mister President is transparent. It makes clear sense, and I am glad for it.”