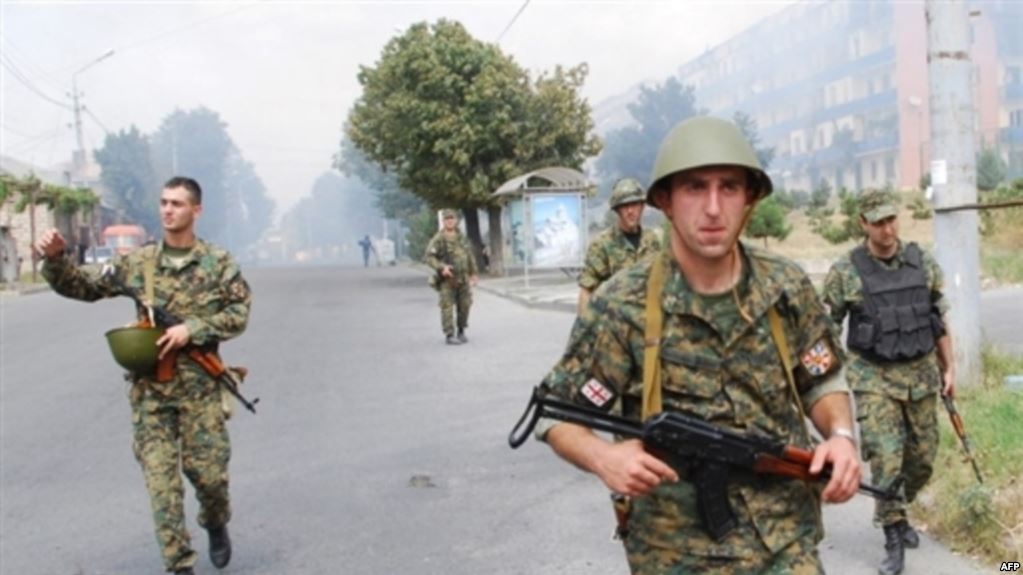 “It [the 2008 Russian-Georgian War] was an operation for the enforcement of peace.”

Vladimir Solovyov, host of one of Russia’s most popular Sunday-evening television talk-shows, had Russia Today editor-in-chief Margarita Simonyan as his guest on September 23. During the program, Simonyan tried to explain how popular Russia and President Vladimir Putin are around the world. She claimed that this is true even in Georgia, a country which Russia had a war with in 2008. But when Simonyan mentioned this, Solovyov corrected her, saying that what she called a “war” was in fact an Moscow’s “operation for the enforcement of peace.”

While an independent report commissioned by the European Union after the war did largely put blame on Georgia for the start of hostilities in August 2008, it also noted that both sides committed violations of international humanitarian law.

The report also stated that while Russia’s military involvement was initially legal, that legality ended when its forces broke out of the separatist territories of South Ossetia and Abkhazia and invaded Georgia proper. Russian forces took control of the Georgian Black Sea port of Poti, as well as the town of Gori, near the Georgian capital Tbilisi. Russian aircraft also bombed targets in Georgia proper.

Before the ceasefire, Russian forces managed to get within 31 miles of the Georgian capital. Fears that they might do so were spurred by the fact that the 58th army, Russia’s main operation element during the war, had around 70,000 men, more than twice the number of the entire Georgian armed forces.

With significant casualties on both sides and the use of armor, heavy artillery, and aviation, it would be incorrect to deny that the August conflict was a war between two countries, even if it only lasted five days.