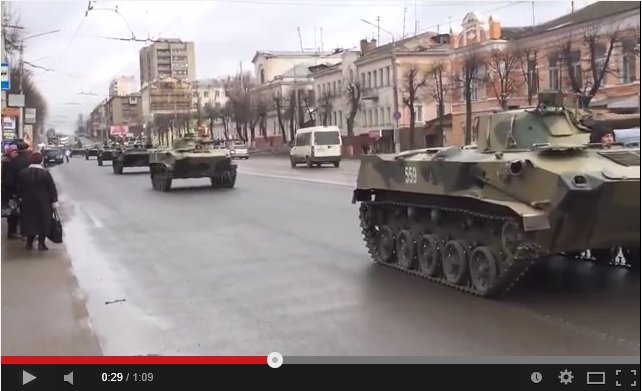 Indeed, the video shows a column of military machines moving along the streets of the city.

However, this video was not filmed on October 22. This can be determined even from the fact that there are absolutely no leaves on trees, as it is in spring, not in October. The original of this video appeared in the Network long ago.