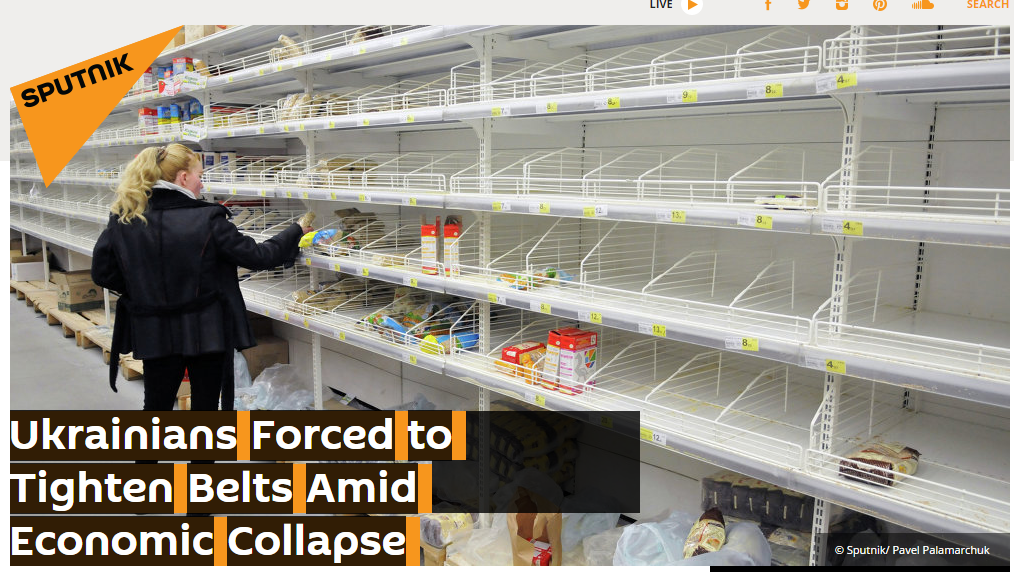 Sputnik International published news about the “economic collapse” of Ukraine on April 25. The report claims that Ukrainians need to tighten their belts, as inflation rises and the GDP falls. The report was accompanied by a photo of a shop with empty shelves.

However, the photo was taken in Lviv on February 25, though it is not mentioned in the article.