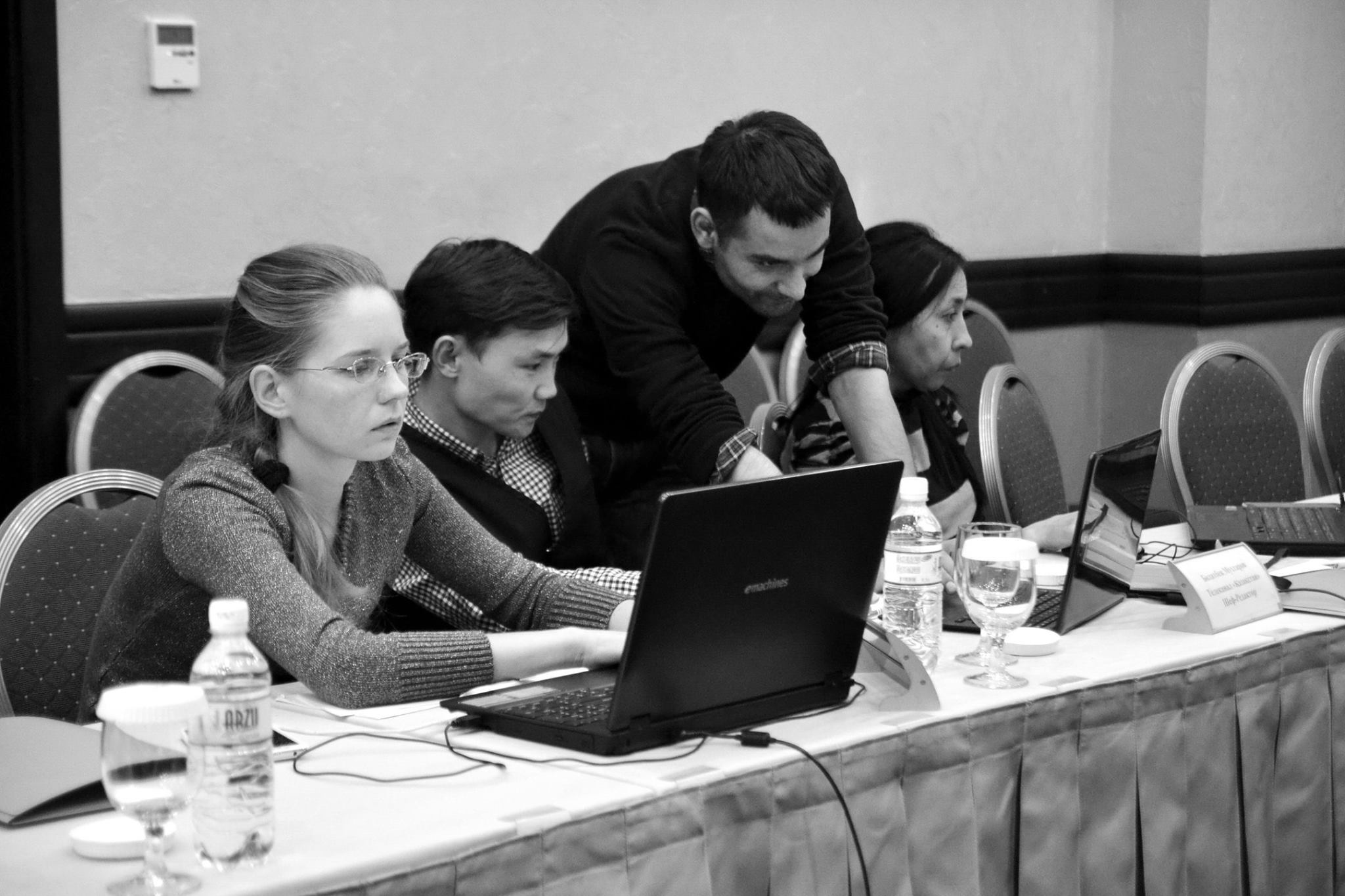 At the invitation of the International Center for Journalism MediaNet StopFake trainers Oleksii Nabozhniak and Mikhail Koltsov conducted a two-day training on political fact-checking and open sources data verification, finding and exposing the fakes for Kazakh journalists in Almaty. Participants learned how to identify and verify the factual statements by politicians, tried themselves as verifiable officials, developed pilot projects for a political fact-checking. In addition, the journalists got acquainted with tools, which StopFake uses to expose the false information, provided by Russian propagandists.

The Netherlands Institute for Multiparty Democracy (NIMD) and the UK Conflict, Stability and Security Fund (CSSF) invited Oleksii Nabozhniak to conduct a two-day training on detection and confrontation of foreign propaganda, political fact-checking for young politicians from Georgia and Azerbaijan in Tbilisi. What participants discussed was not only the modern methods and techniques of propaganda, used around the world, but they also managed to independently conduct experimental stress-tests of the propaganda vulnerability of their countries, and developed a number of measures of opposing it regarding their own political realities. In addition, young politicians came familiar with the modern trends of political fact-checking and discussed the opportunities and risks of this practice for better understanding between the media, citizens and authorities.

What candidates and media spread propaganda narratives: the first results of the local election campaign monitoring