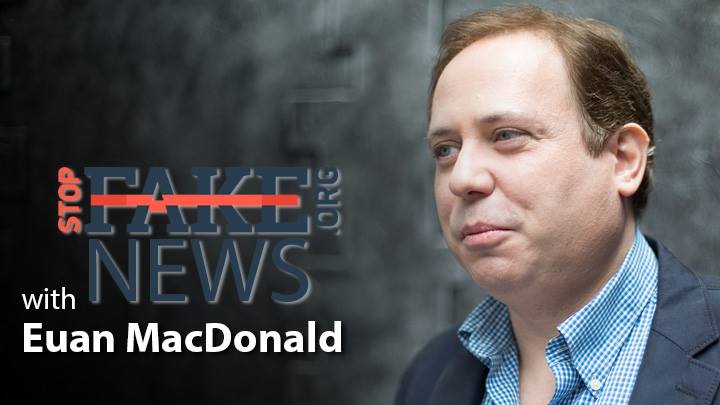 This week Euan MacDonald, a Kyiv Post editor, is the StopFake News guest anchor. The news website Russkaya Vesna falsely reported that Angela Merkel predicted there would be no future investment coming into Ukraine. The Russian news agency Sputnik published an article alleging why U.S. Assistant Secretary of State Victoria Nuland had attempted to pressure the Ukrainian state administration. The Russia television network Zvezda posted a false report on its website about Ukrainian Prime Minister Arseniy Yatsenyuk’s accusations of sexual harassment towards the leader of the Batkivshchyna political party, Yulia Tymoshenko. And a bogus photo depicting a Ukrainian soldier kissing an American flag has been popularly spreading on the web over the last months.