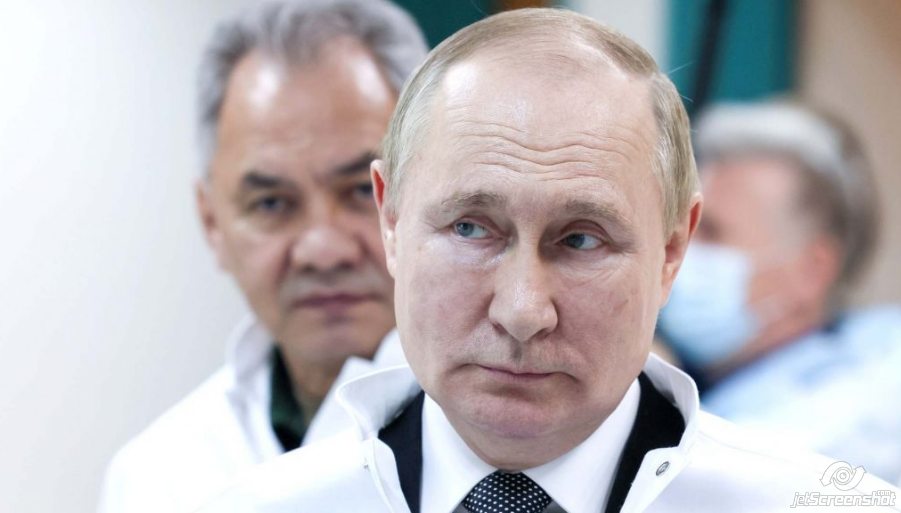 The debate about the Russian leader’s health really got underway in February, just before the invasion, when his strange behavior at a televised meeting of senior staff left even professional observers bemused. In the subsequent welter of commentary, his demeanor was described as weird, creepy, and off-the-rails, among other things.

Having taken the seemingly self-defeating decision to launch an unprovoked all-out war against a peaceful neighbor, there was understandable discussion on whether he was exhibiting a mental illness. “Rigid and paranoid,” according to French President Emmanuel Macron who, after a meeting with Putin, called him “stiffer and more isolated” than in the past.

Former Secretary of State Condoleezza Rice echoed Macron’s opinion. “This is a different Putin,” she said. “He was always calculating and cold. But this is different. He seems erratic.” As Russia’s war crimes and military failures in Ukraine unfolded, the speculation and the seriousness of the supposed conditions only increased. An anonymous Telegram channel, SVR General, claiming to have inside sources, stated Putin was in dire physical condition and preparing to temporarily hand over power to Russia’s Security Council chief Nikolai Patrushev, to allow secret surgery for cancer in May.

This was picked up by British tabloids and the speculation intensified. Reports emerged that on March 13, every regional director of Russia’s FSB security service received an email instructing them not to believe rumors about Putin’s “terminal condition,” and former MI6 officer Christopher Steele said Russia’s dictator was dying. An oligarch close to the Kremlin was caught on tape saying that he was “very ill with blood cancer.”

The reporting became ever-more lurid. Four British tabloids stated on May 29 that British intelligence sources believed Putin may already be dead, and that body doubles were being used to hide his demise, while others reported that Putin has three years to live. And US intelligence hopped on the bandwagon with an assessment that Putin was treated for cancer in April and survived an assassination attempt in March.

The Kremlin has of course issued multiple denials. For a regime that is like a house of mirrors, where the truth is hidden and endless disinformation operations are at play, why have there been so many leaks and who does it serve?

First of all, speculation about Putin’s health has a long history. It began in the early 2000s during the early days of his presidency, there were endless stories suggesting his health was poor. In 2003, there were discussions of Putin’s eczema on his leg, after Kommersant-Vlast magazine published a photo showing him in an oversize suit. In 2005, The Atlantic published an article recalling a study by Brenda Connors, a research assistant at the Department of Strategic Studies at the Naval War College in Newport. Connors had a rare specialty — “motion analyst” — and she told The Atlantic that having watched a tape from Putin’s first inauguration, she noticed his gait and in slow motion, she saw that the “right arm and leg practically do not work, which indicates the consequences of either a stroke or suffered in childhood trauma or illness.”

A 2008 Pentagon study claimed Putin suffered from Asperger’s disease. There followed 2010 discussions of his mental health and apparent use of Botox, after photos showed Putin with a black eye. In 2012, the rumor mill picked up again after Japanese Prime Minister Yoshihiko Noda postponed a visit to Russia, citing Putin’s “health problems.”

In public at least, the Kremlin has tried to quieten these rumors. In the early 2000s, interviews were published citing the head of the Medical Center of the Presidential Administration, Sergei Mironov. “Vladimir Putin is healthy, strong, in a word, there are no problems of a medical nature . . . In terms of blood pressure stability, electrocardiogram readings, functional loads, measurements of lung capacity, and some other parameters, Putin is much younger than his 50 years,” he said. The Kremlin was keen to create an alpha male image (think pictures of bare-torso horseback riding and ice hockey games) which meant never discussing any ailments or injuries, although Putin himself let slip in 2021 that he had an old sports-related injury.

But whatever official sources said, the rumor mill continued on its spin cycle. As Russia was preparing their annexation of Crimea and military operations in Eastern Ukraine, a January 2014 article from the magazine The Week reported rumors that Putin was “seriously ill” and “perhaps” has cancer of the spinal cord. The article cited “seasoned observers” as its source and speculated that Russia’s leader was “clearing his conscience” with acts of graciousness such as granting amnesty to then-jailed former oil tycoon Mikhail Khodorkovsky.

Late in 2014, as Russia was occupying parts of Ukraine The New York Post quoted unidentified “sources” as saying that Putin was suffering from deadly pancreatic cancer. The publication suggested the information originated with an elderly German doctor who had treated Putin and was the reason behind his rush to invade Ukraine. “Cancer rumors swirl around Putin,” the headline said. Sound familiar?

As the 2018 elections neared, political scientist and former MGIMO professor, Valery Solovei, assured everyone that Putin’s career was over. An article on Inshe TV began “While there have been rumors in the past that Vladimir Putin might step down for health reasons, this one looks more plausible.” The article cited Solovei’s interview, later deleted, stating that Vladimir Putin was about to resign, and that new elections might take place in 2017 before the end of his mandate.

Clearly, that didn’t happen, but Solovei made headlines again in 2020. Shortly after it was announced that President Biden had won the US election, several British tabloids reported that Solovei through his sources “at the epicenter of decision-making”, had revealed that Putin had undergone cancer surgery in February 2020. And that he had Parkinson’s disease, and again stated that Putin would leave power in 2021. Finally, in July 2020, a sensational headline in Russian media cited a well-known doctor in Russia as claiming that Putin had leprosy (but might not know it.)

We cannot know whether these rumors, some of which can reasonably be assumed to originate with Russia’s intelligence services, are designed to cause diversion, distraction, to unmask those Russian individuals and groups hoping to take power, or to offer false hope that change is around the corner.

But we can be sure that while the Russian dictator was supposedly suffering from an exotic range of cancers and other life-limiting illnesses, both physical and mental, Putin and his regime have committed countless atrocities, assassinations, acts of sabotage, operations to subvert democracy, chemical and radiological warfare attacks and war crimes in Ukraine, Syria, Chechnya, Georgia, the Czech Republic, Germany, the UK, the US, and numerous other countries.

The focus should not be on the Russian leader’s health, it should concern the formulation of a strategy to halt this regime, to break the corrupt and cruel system that produces leaders like Stalin and Putin. The dictator will of course die or leave office one day; the danger is that someone as bad, or worse, replaces him.