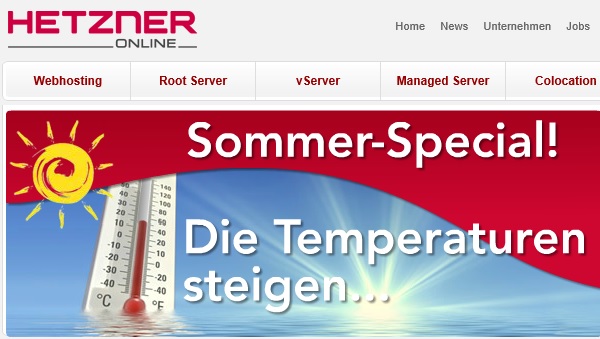 Roscomnadzor usually can only act on the territory of Russia. Unfortunately, not everyone from the West does know that and some companies apparently fear the Kremlin authorities or even deliberately promote censorship. So the paws of Roskomnadzor reached a German webhoster. This is an article from the online edition of the German weekly magazine “Spiegel”, written by Moritz Gutmann.

Russian authorities are currently trying to adapt the media landscape to the wishes of the Putin government. A particularly curious case shows how the Federal Service for Supervision of Communications, Information Technology and Mass Media acts to fulfill this – and shows how they even find willing helpers for their censorship efforts in Germany.

The popular Ukrainian news portal Glavcom published an article a few days ago with a title: Greetings to Putin – Siberia wants to secede from Moscow.  This article was about a group, which only half seriously advocates for the federalization of Siberia.  “Federalization” is a word that the Kremlin currently reacts thin-skinned to, at least in the context of Russia, because under the cloak of “federalization” the pro-Russian rebels fight for independence of Ukraine.  In Glavcom article it is even explicitly written that the secession was not the target of the protesters, but the creation of “a Siberian republic within the Russian Federation”.

Even the BBC received mail from Roskomnadzor

However, the Russian authorities have not only forbidden a demonstration under the slogan “For a federalization of Siberia” to be held in mid-August in Novosibirsk, but since that they block all the pages on the Internet, that draw attention to the demonstration, including the side of the group in the social network Vkontakte, the Russian equivalent of Facebook. The media regulation authority has threatened the Russian-language page of the BBC after the publication of an interview with the demo organizer, trying to block them. The BBC was able to prevent the blockade at the last moment due to some changes in the interview.

Besides that the Russian media regulator authority declared Glavcom because of the article a war. A large German server provider “Hetzner” reacted fast towards their demand and started to ask Glavcom to delete the article – otherwise “Hetzner” wanted to put the whole page down from the server. Glavcom, as one of the ten most famous Ukrainian news pages, is located on servers belonging to the company “Hetzner”.

The responsible employee at Hetzner´s requested Glavcom boss Shlinchak on August 4 for the first time to remove the text, shortly after Roskomnadzor had sent his warning letters to “Hetzner”. SPIEGEL ONLINE was able to look at the relevant correspondence. “Hetzner” does not refer to the Russian complaint, but points on their own terms, which were supposedly violated by the content of the article. One can read there the following sentences: “The customer is obliged not to publish any content which infringes on the rights of third parties or otherwise violates the law.” This applies for “erotic, pornographic, extremist or contrary to of common decency”. There is no word about journalism written there.

It is unknown if anybody has dealt with the content of the text at Hetzner´s is. It seems clear that the department “abuse” of the German web hosting provider became active after the Russian media regulator authority had complained about the page Glavcom. “Hetzner” will not comment on the specific case and only explaines the standard procedure for “abuse reports” instead.

At the time of Yanukovych’s government chief editor Viktor Shlinchak had moved the site to a German server, because the site was repeatedly hit by DDoS attacks, “for articles that critically dealt with members of the Yanukovych regime” as Shlinchak told SPIEGEL ONLINE. Furthermore, Shlinchak is bitterly disappointed, that the German server operators yields that easily to the pressure of a Russian authority. There are also international supporters for “Glavcom”: “It is outrageous that Roskomnadzor addresses to a German website host a clearly formulated censorship request, even across international borders.” says the Executive Officer of the organization Reporters Without Borders, Astrid Frohloff.

Glavcom itself can be reached from Russia yet, but the allegedly unlawful text is no longer available in Russia. But the text is still online. The reason for Russia´s harsh course against Glavcom, is because the website – like many other Ukrainian sides – publishes in Russian. And like most Ukrainian sides, there is a clear anti-Kremlin-directed course in recent months.

On Tuesday “Hetzner” had renewed its request towards Shlinchak, to take the link off the page within 24 hours, otherwise “Hetzner” threatened with a “server suspension” – a shutdown of the page. The letter ends with the remark: “This is the final deadline.”

Glavcom is still online so far. But Shlinchaks IT-specialists are currently moving the website on a Ukrainian server – as a precaution.