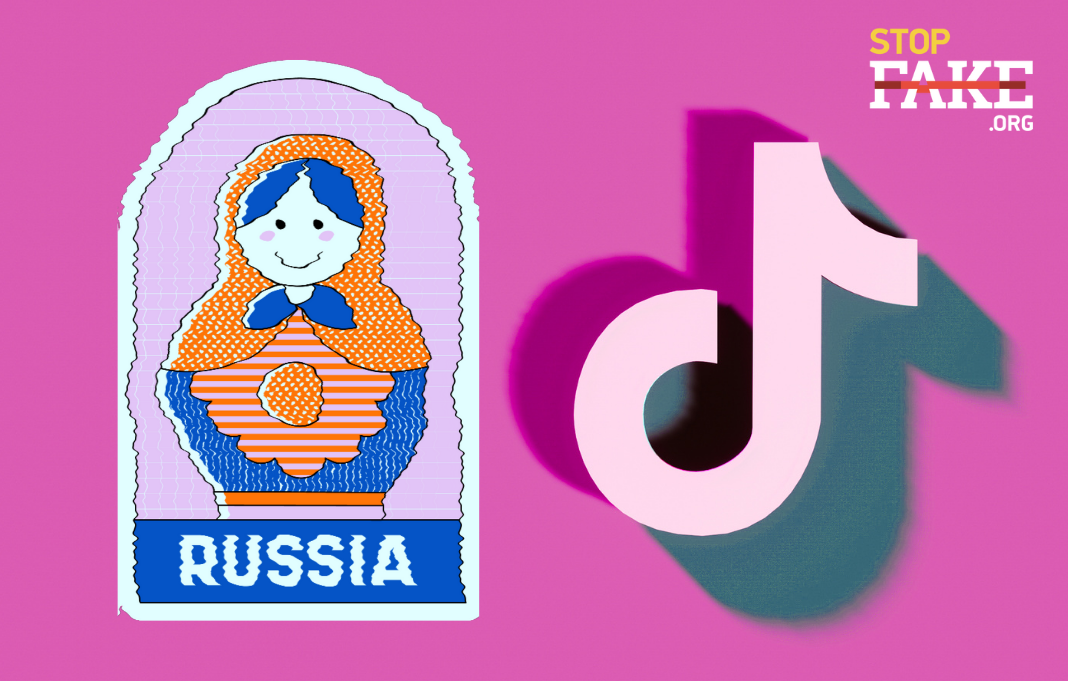 In September 2021 TikTok, the Chinese social video app reported one billion monthly active users worldwide. More and more people want to share short videos on all sorts of topics. The number of Ukrainian TikTok users is also growing, in 2021 30% of all Ukrainian internet users used TikTok, in 2019 that figure was only 3%. TikTok has also shown itself to be an ideal platform for the spread of fakes and disinformation.

It is no longer surprising that TikTok can be used for information operations. The example of Sweden illustrates this most effectively. There Swedish children became anxious and frightened because TikTok was feeding them content saying that Russia is about to invade Sweden and war would soon begin. As Swedish human rights activists explained, children saw the same videos in their TikTok feeds, about how relations between Russia and NATO had completely deteriorated and war was very imminent.

Children and teenagers suddenly overcome by fear of war, in a country that last saw a war more than two centuries ago and last mounted major territorial defenses in the 1980s” writes the Defense One web site. It is not clear who is behind this scare, Russia or China, what is clear is that the operation was successful, and real panic ensued.

With the growing tension in the Russian-Ukrainian war, TikTok has become a source of information about the equipment and troops that the Russian Federation was amassing near Ukraine’s borders, allegedly for joint exercises with Belarus.

Searching using hashtags with the help of Google tools reveals how readily soldiers are willing to share short snippets of their lives, telling where they are, where they are going and what they are doing. You can also find many videos showing military equipment being moved. They are enough for investigators to create entire maps of the movement of equipment and provide evidence of amassing Russian troops towards Ukraine.

We also analyzed the most popular hashtags that were used with such videos, and saw that in videos with military equipment, users most often talk about war, and not about military exercises. The hashtag #warUkraineRussia (#войнаукраинароссия) turned out to be the most popular, this video amassed about 43 million views. The hashtags #war2022 (#война2022), #war2021 (#война2021), #russiavsukraine (#россияvsукраина) are also popular. There is also a video with the hashtag #nowar, but this hashtag is used for showing Russian military equipment, and also videos showing Russian military exercises and videos declaring that Russia has already won.

So, are short videos with primitive but catchy music dedicated to certain trend harmless? Particularly if that trend is war?

At the end of January, for example, an information wave called #vladdydaddy rolled across Instagram and Tiktok. Various users began to leave thousands of comments under the posts of Vladimir Putin’s unofficial Instagram account, begging him not to start a war with Ukraine, calling Putin “Vladdydaddy” demanding that he not to start a war right now until some personal matters are seen to. These video comments migrated to TikTok (videos with the hashtag #vladdydaddy were viewed more than 27.7 million times), users began posting their reactions to them, creating fake videos of Putin in which he defeats everyone or dances to Korean pop music. TikTok did not respond to queries whether this was a genuine trend or a coordinated operation. The story of young people asking Putin not to start a war has however made its way into the Western media.

Screenshot – tiktok.com (“Practicing the Rasputin dance so I can make Putin fall in love w me and convince him he shouldn’t start WWIII)

If the many comments about vladdydaddy under Putin’s unofficial Instagram account were left by countless empty accounts, the reactions and thoughts about a possible World War III that appeared on TikTok were posted by real TikTok users. Generation Z is thinking about the possibility of a third world war, wondering if its worth planning anything for the future, and whether its worth preparing for the upcoming math exam, calling Putin the one person on whom all of this depends on, and laughing at those who cried war that did not come. Panic, satire, denial of reality, it all depends on whatever trend propaganda launches.

TikTok is awash with fakes. Scores of accounts are disseminating absurd lies and disinformation that is traditional for Russian media. And yet the story of the frightened Swedish teenagers and the vladdydaddy wave show that TikTok is a platform that elicits emotion, and that Russian propaganda will use the platform to manipulate those emotions.