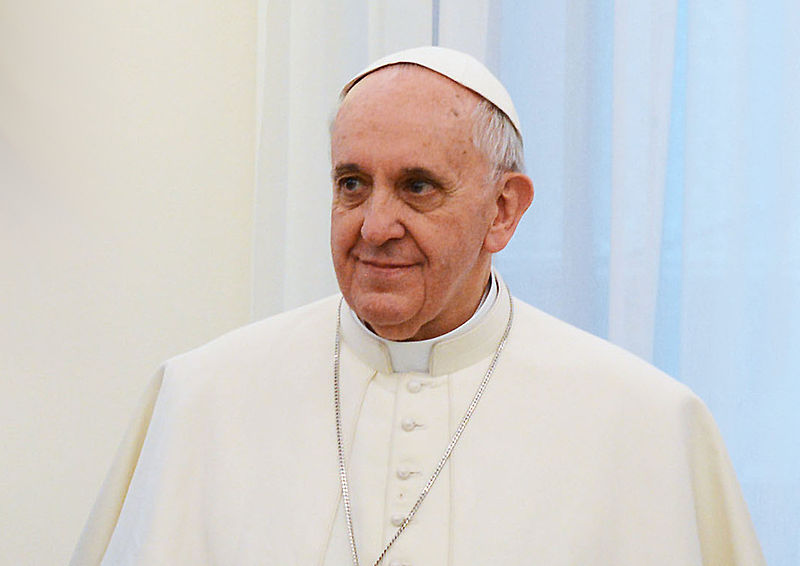 “The task of a journalist is to identify reliable sources, putting them in the context and interpreting them”, said pope Francis on the meeting with representants of the Vatican media. In his speech he addressed the epidemy of fake news and widely understood disinformation.

Pope Francis on Monday (23rd September 2019) had a meeting with representants of Vatican Dicastery for Communication. In the Regal Room of the Apostolic Palace four hundred of its employees gathered.

As the vaticannews.va relates, the pope begun by pointing out that “the communication is the will of God himself, who enters the relation with himself in the mystery of the Holy Trinity and in the relation with man, therefore He communicates”. His Holiness noticed that the communication is “drawing something from the essence of God Himself to act like Him, to not stay alone but communicate and show who we are and what we think about the truth, justice, beauty and good.”

According to the Holy Father, catholic journalists should not only describe the reality and relate events but also be able to distinguish good and evil and be conscious of the way their words shape the world in.

Francis pointed out that another task of reporters is to debunk “false and destructive” words. Another significant remark was about protecting the truth at any cost. It comes, according to the Pope, to often through the “distillatory of financial interests and benefits of media publishers”.

The important thing is that Francis realizes how journalists are censored or self-censor themselves. In this context, he turned attention to the problem of the responsibility of media and their employees: “Your words speak about world and shape it, your stories can create the space for the freedom or slavery, the space of responsibility or dependence from the authorities” – said the Pope.

Francis convinced that he knew the reality and knew that reports often hear from their publishers and editors: “No, it cannot be published”. He called, however, for “telling the truth at any cost”, because it is the only way to build more just and caring world. “Why when a homeless person freezes in the streets, there is no media attention, but every news program includes a relation from the stock market falling by two point? Something is wrong here”, said the Pope.

The Holy Father did not avoid in his speech speaking about fake news and broadly understood disinformation: “The task of a journalist is to identify reliable sources, putting them in the context, interpreting them” and giving things the proper meaning.

As vaticannews.va noticed, Francis mentioned also the abuse of adjectives in the communication and forgetting about what is important, the power of nouns: “This is the mission of communication: talking about what is real, without sweetening with adjectives. «It is a Christian thing» – why say: authentically Christian? It is Christian and it is enough! Only the fact: A Christian, it is sufficiently powerful. Passing from the adjective culture to the noun theology. And you should do it”, the Pope encouraged employees of the Dicastery for Communication.

It is not the first time when the Pope speaks in such firm way about the media and fake news. It is worth recalling Message of His Holiness Pope Francis For the 52nd World Communications Day (2018).

“The effectiveness of fake news is primarily due to its ability to mimic real news, to seem plausible. Secondly, this false but believable news is “captious”, inasmuch as it grasps people’s attention by appealing to stereotypes and common social prejudices, and exploiting instantaneous emotions like anxiety, contempt, anger and frustration. The ability to spread such fake news often relies on a manipulative use of the social networks and the way they function. Untrue stories can spread so quickly that even authoritative denials fail to contain the damage.” [full text]