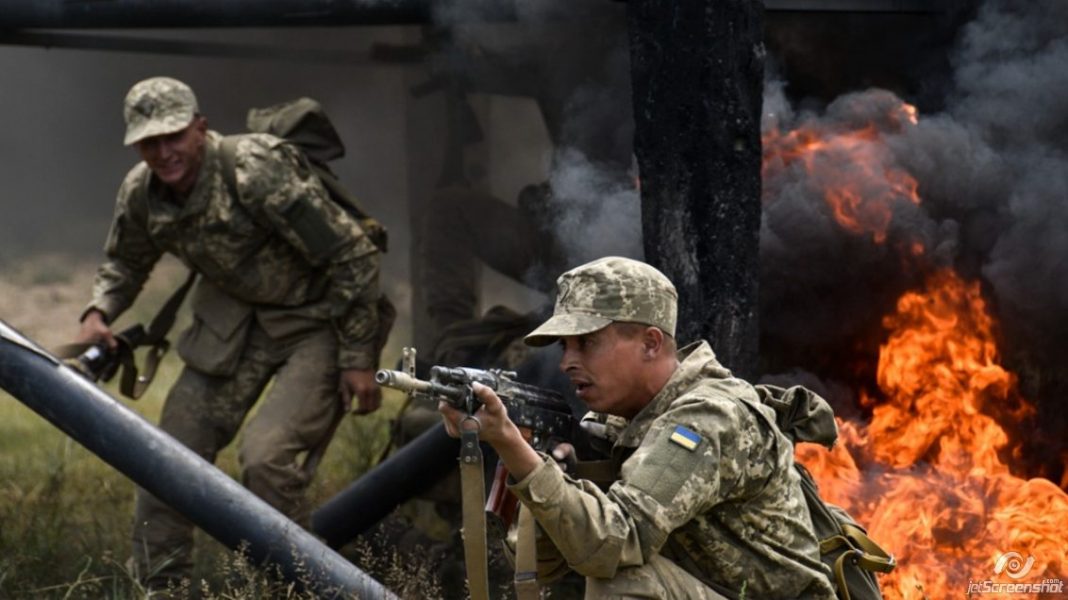 By Olga Tokariuk, for CEPA

Ukrainians will resist Russian aggression. The only question is whether the West will help.

Ukraine is growing stronger by the day, and that’s what irritates Russia’s President Vladimir Putin. Despite the Kremlin’s propaganda campaign, which portrays it as a weak and failed state, Ukraine has shown miraculous resilience since it was attacked by Russia seven years ago.

Over these years, the country has, of necessity, improved the combat capability of its army, which is now 25th strongest in the world. The economy, badly affected by the war initially, has been gaining pace, with yearly pre-pandemic GDP growth at about 3%, partly driven by a robust and progressive IT sector. Several important and much-needed reforms have been introduced, including decentralization and land reform. The law on public procurement and the establishment of anti-corruption authorities has significantly diminished criminal malpractice. (The country has climbed significantly in global rankings.)

Ukrainian democracy has undeniably had a bumpy ride, but its citizens are now used to living in a democratic country with free elections, the right to peaceful protest and a diverse media environment. A vocal civil society plays a significant role in government decision-making. Such things are unimaginable in Putin’s Russia.

Russia’s soft power has failed spectacularly in Ukraine since the aggression began in 2014, with the annexation of Crimea and the invasion of Eastern Ukraine. Only one in ten Ukrainian voters now support pro-Russian political parties. The mood of the Ukrainian public has shifted too. While in 2008, 51% of Ukrainians saw integration with Russia as a foreign policy priority, in 2021 58% of Ukrainians supported the goal of NATO membership, seeing it as a deterrent from Russian aggression. Fewer than 10% advocated an alliance with Russia.

The West may not spend much time observing events in Ukraine, but the Kremlin does. The post-2014 transformation is not only evident but is also causing an increasing nervousness there. Putin realizes it is impossible to convince Ukrainians to voluntarily abandon their Euro Atlantic path. With each passing day, Ukraine drifts farther away from Russia. That’s why the Kremlin is threatening to use military power: this is the only possible way to try to return Ukraine into its so-called sphere of influence.

But this calculus is wrong. Ukrainians have seen with their own eyes what happened to the parts of Donetsk and Luhansk occupied by Russia. The city of Donetsk, once one of the richest and most vibrant in Ukraine, has now become a depopulated ghost town with crumbling infrastructure. Instead of a world-famous football club, Shakhtar, its most notorious landmark now is the Izolyatsia prison, where Russian proxies rape, torture and kill those deemed enemies of the sham “people’s republics.”

In Crimea, the situation is barely any better. After its illegal and largely unrecognized annexation, Russia is steadily turning a once-picturesque resort into a military base. All dissent in the peninsula has been crushed, and there is no free media. Fabricated cases against the indigenous population of Crimean Tatars, who were deported by Stalin in 1944 and only returned to the peninsula after Ukraine’s independence, continue to mount.

Watching these developments, Ukrainians now know very well what membership of the “Russian world” foretells: destruction, decay, and repression. They do not want such a future for their children. And they will fight any attempt by Russia to seize more Ukrainian territory.

Renewed Russian aggression against Ukraine will spark enormous popular resistance. A scenario in which a potential new Russian intervention is welcomed by the local population, as was partly the case in Donetsk and Luhansk regions in 2014, is unimaginable this time. No Ukrainian region, even those in Eastern and Southern Ukraine that are predominantly Russian-speaking, would welcome the invaders. The simplistic argument that language indicates loyalty has long been disproved by the tens of thousands of Russian-speaking Ukrainians who joined the armed forces to fight against the Kremlin’s aggression in Donbas.

I have been speaking to members of the Ukrainian military in recent days. They sounded surprisingly calm: “Russia attacked Ukraine back in 2014, and since then we have always thought that it could escalate at any time.” Their message to Putin? “There will be no recognition of Russian annexation of Crimea, no autonomy for the occupied Donbas, no backtracking on Ukraine’s path to EU and NATO. We are ready for war and will fight till the last soldier.”

Civilians will resist too. Volunteer organizations, which helped organize the resistance in 2014, when Ukraine was caught by surprise by Russian aggression, are even now mobilizing their resources.

If Putin decides to launch a full-scale offensive, territorial defense units would be formed and a bloody guerrilla war would start. Russian soldiers would certainly not have an easy time of it. Capturing territory might be an easy part, considering Russia’s superiority at sea and in the air, but holding it would become a nightmare. Breaking Ukrainians’ spirit would require an unprecedented level of terror, much higher than currently seen in neighboring Belarus. It would take something reminiscent of Stalin’s repression to crush.

Ukraine’s Western partners should be aware of Ukrainians’ resolve and take it into consideration when contemplating their response to Russia’s belligerent behavior. Putin seeks a deal with the West over Ukrainians’ heads. However, any attempts to impose concessions that Ukrainians see as unacceptable and diminishing the country’s sovereignty, are doomed to fail. They will not be accepted and no government in Kyiv could accept them and survive.

What is needed to deter Russia is not more appeasement, but robust support for Ukraine: both in terms of improved defense capabilities, and new and more painful sanctions on Russia.

Faced with a threat of renewed Russian aggression, Ukrainians are not afraid. Will the West stand by their side and show similar courage and strength?

By Olga Tokariuk, for CEPA

Olga Tokariuk is a journalist and researcher based in Kyiv.

‘Dialogue with Russia’ is just a trap

Timothy Snider: How to think about war in Ukraine