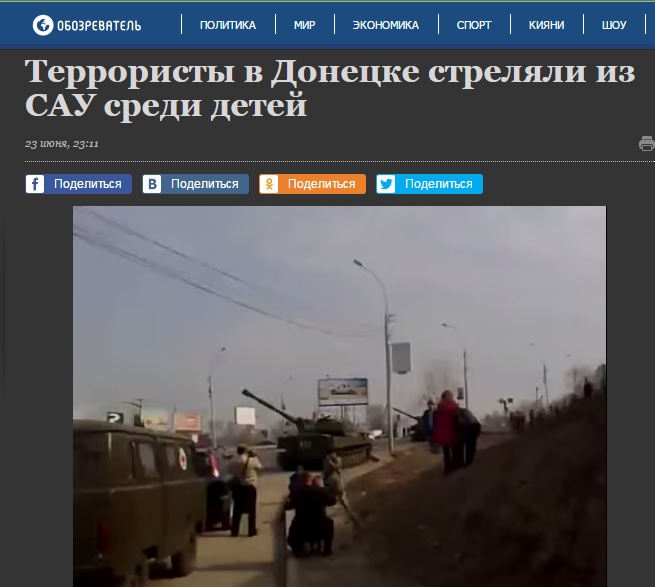 Ukrainian online media reported that illegall armed separatist groups organized attacks from a self-propelled artillery installation in Donetsk. But the video that was offered as proof was actually shot in 2009. Nevertheless, it was uploaded on June 23, 2015, on Youtube (Action Tube (WAR: UKRAINE-RUSSIA).

The misleading video spread quickly. The Podrobnosti ran the video the same day, announcing: “An organized attack from self-propelled artillery systems on the streets of Donetsk (video).”

The video could also be seen on the Facebook page of Forbes.Ukraine on June 24, though it was removed later from here as well.

The video was actually recorded in 2009 during a Victory Day celebration in Novosibirsk.