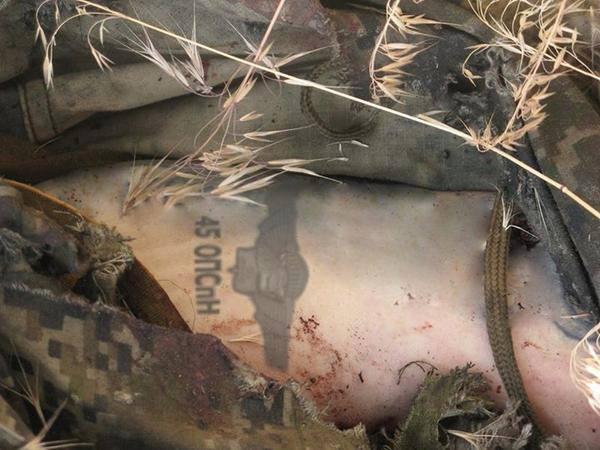 One of the most popular Ukrainian news site Censor.net published a photo, changed for the purpose of the news with a graphic editor. This image is said to be a photo of a Russian soldier.

As far back as May 26 Censor.net published the news “Russian terrorists leave near Sloviansk bodies of their “comrades-in-arms”. Shocking PHOTOS” and used several photos of bodies with a reference to the site Glavnoye.

July 28 Censor.net published the news “45th regiment of Russian Airborne Special Forces fights on the side of the terrorists in Ukraine – the press centre of the Anti-terrorist operation” (the copy of the site), also using several photos of dead men. This time the site referred to another source.

As appeared, at first these photos were published on Facebook-page of the press centre of the Anti-terrorist operation.

The photo from the news as of May 26: The photo from the news as of July 28: Later both the press center of ATO and the website Censor.net deleted these photos.