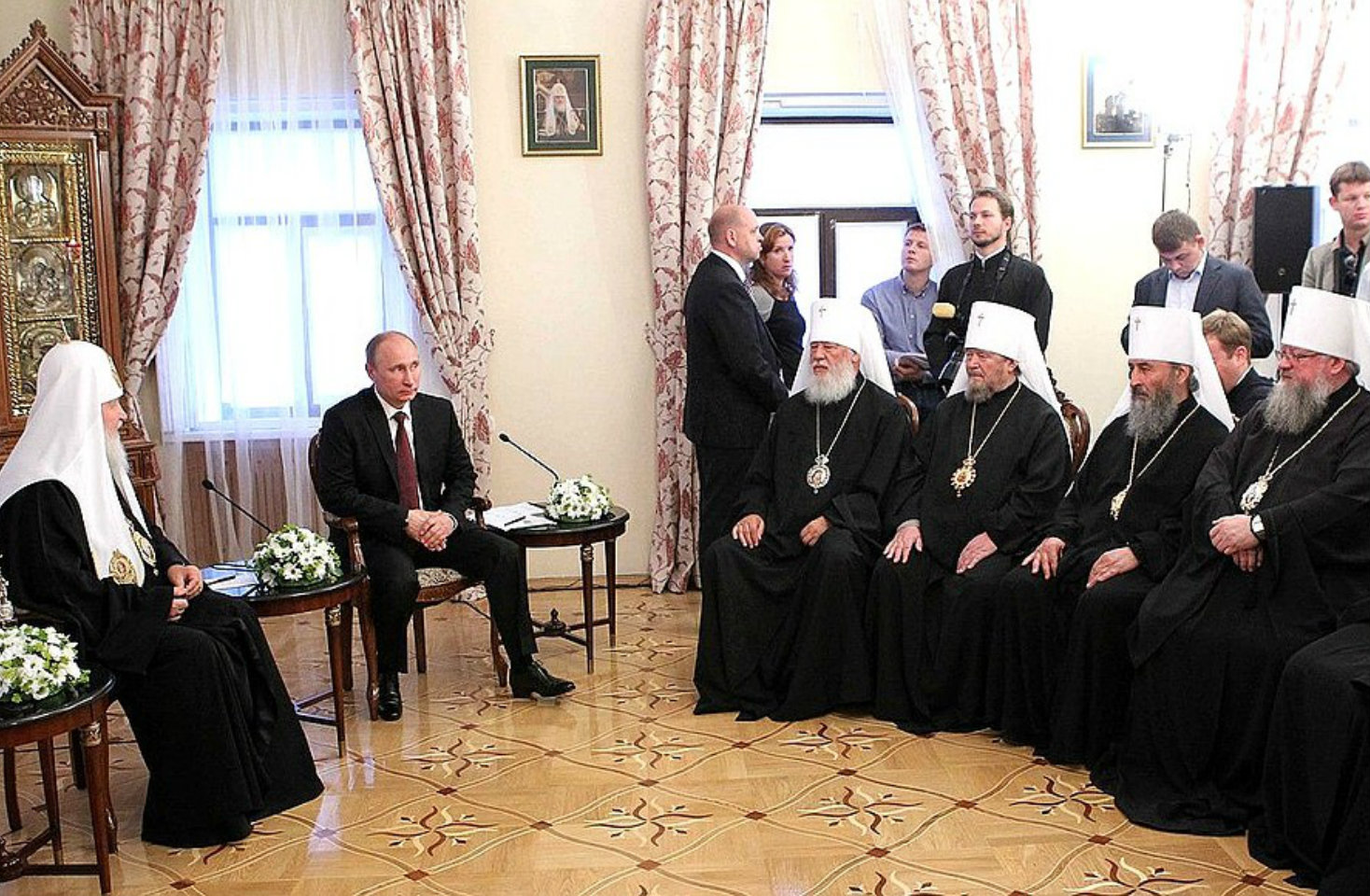 Attempts to influence and interfere in elections can happen in a number of ways such as denigrating or promoting particular candidates or using the hottest topics that have the potential to polarize debate in order to destabilize the situation in a targeted country. Perhaps one of the most significant yet underappreciated topics surrounding this sort of election influence is the struggle of the Ukrainian Church to become independent of the Kremlin.

On December 15, the Unity Council established the United Ukrainian Orthodox Church ending a more than twenty-year-long process of creating a religious institution that would be independent of Moscow’s influence.

In Ukraine, many compare this event to what occurred in 1991, when the independent Ukrainian state was created. In Russia, on the contrary, it is seen as one of the biggest defeats in decades and a step that will weaken Russia’s position in the global orthodoxy.

The Kremlin’s manipulations and fake news about the creation of the United Ukrainian Church were among the main disinformation topics in 2018. The main narrative was discrediting any attempts to challenge the position “of the only rightful orthodox church in Ukraine,” as the Moscow Patriarchy sees itself. For this aim, Russian propaganda has created different types of fakes.

Propaganda media alleges that Ukrainian authorities bribed Archbishop Bartholomew, the leader of the Orthodox Church, to go against Russia. The Kremlin also claims that Archbishop Bartholomew has abused his powers by granting Ukraine the right to establish an independent church. Russian-backed media sources also appear to be propagating the idea that other orthodox churches around the world don’t support the creation of the United Ukrainian Church. Moreover, they claim that the creation of the United Ukrainian Church is the biggest schism of the last century and will have devastating results for the entire Orthodox world.

The most persistent fake of the Kremlin propagandists is about the seizure of the Moscow Patriarchy churches. Throughout 2018, they have used this fake in many variations, from the vague predictions that thugs and Kyiv patriarchy believers will start occupying churches and monasteries that are currently under the Moscow patriarchy, to fabrications about already accomplished “seizures”.

The church that received the biggest amount of mentions in these fakes was the Kyiv Pechersk Lavra. According to the pro-Kremlin propagandists, this church has seen occupation attempts almost every single month. However ridiculous this story might seem, it was playing along the uncertainty about the mechanism by which the Moscow patriarchy churches can join the United Church and what status they will have after the unification.

The disinformation-oriented outlets were spreading fear that believers will be forced to join the United Ukrainian Church even if they do not want to, and that churches that are currently often owned by local communities (hromady) will be expropriated by the new structure. Even on the very day when the Unity Council was taking place, Russian media started sharing news that thugs seized the cathedral in Vinnytsia. This news was quickly debunked and after a few hours some Russian media sources acknowledged that it was fake.

Nevertheless, the Kremlin and its bullhorns seem to continue accusing Ukraine of violence; Kremlin-loyal patriarch Kirill demonstrates this in his latest complaint to the UN, Vatican, other religious leaders, and top world politicians.

This approach shows that once the Kremlin recognizes it cannot prevent the United Church from being established, they can at least attempt to damage the church’s reputation by portraying it as hungry for power and property.

The current accusations are merely a prolongation of the Kremlin’s aggressive disinformation campaign that has been going on since the Archbishop Bartholomew and Synod decided to grant Ukraine the right to establish an independent church.

Back in October, Putin summoned the Security Council of Russia and declared that “just like Russia is protecting the rights of Russian speakers, it will protect the rights of Orthodox believers”. In the Ukrainian context, these words have been interpreted as a blatant threat and a promise of possible military aggression. Back in 2014 when Russia annexed Crimea, it justified its actions by claiming to “protect the rights of the Russian-speaking population of Crimea”.

Foreign Minister Lavrov has blamed the US for forcing both Ukrainian authorities and Archbishop Bartholomew to catalyze the process. Moreover, Poroshenko was blamed for dragging the country “into the abyss.” At the same time, Russian authorities say they are ready to intervene if any violence occurs.

With these numerous attempts to create tensions in Ukraine by spreading disinformation in an effort to radicalize believers of different patriarchies, it appears that religion is but another space that might be used to threaten Ukraine’s stability. The polarizing nature of this topic in the lead up to the elections should not be overlooked. Indeed, the Kremlin is already using it to apply pressure to Ukraine and is propping it up as just one more distraction from the upcoming pivotal elections.