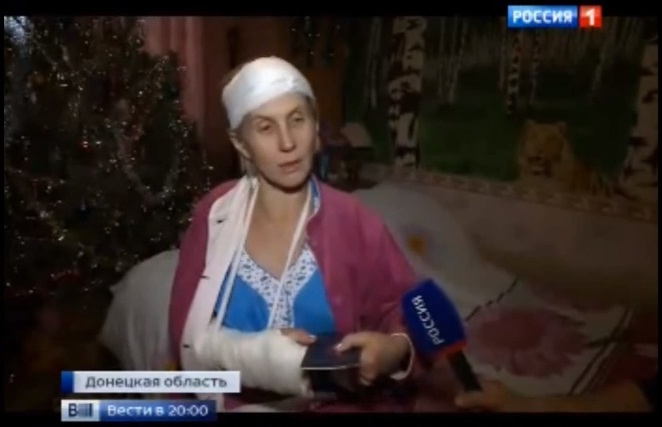 January 14, Russian TV channel Russia One showed the interview with a woman, who was allegedly injured during the shelling of the bus with civilians near Volnovakha on January 13. The video shows a woman with a bandaged arm and head, who tells the Russian channel that she was injured near Volnovakha. She claims that she did not hear explosions, but only a clap, which means that the bus allegedly tripped a mine and was not shelled by BM-21 Grad.

The name of the witness is Snezhana Karpeka. However, there is no woman with such name on the published list of victims. Besides, this “victim” is interviewed in the room, while all the real victims are in a hospital.

They also told about what they had seen and heard in the bus during the shelling, and their evidences differ from the words of Snezhana Karpeka.