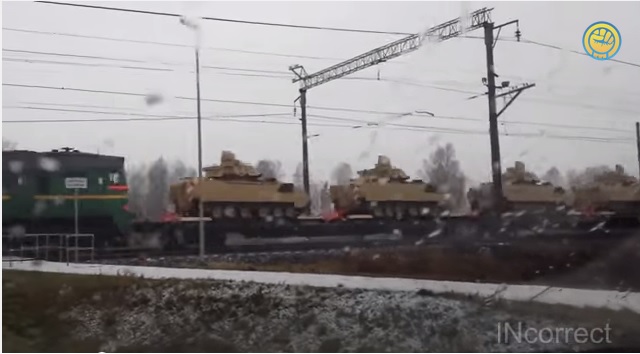 The video entitled “American military machinery provided to Ukraine for settlement of the situation on the east of the state” has been being spread around social networks and some sites since December 2014.

However, this machinery has nothing to do with Ukraine. This train with American machinery was filmed on December 12, 2014 near the Latvian railway station of Dalbi, which is situated 300 km from the Russian border. According to Latvian authorities, the train passed to neighboring Lithuania.