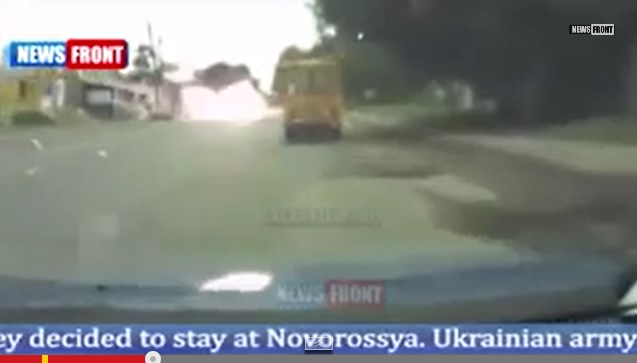 Separatists’ channel News Front again used a fake video in its news program. December 27, in “Novorossia news summary” the old video of an explosion on a road was shown (starting from 0:25).

The anchorwoman tells that Ukrainian raiding forces allegedly became more active on Donbas. “In the evening a car with local inhabitants was blown up on the road to Komsomolske. As a result of the diversion three people died on-site, four people received wounds of varying severity”, informs the anchorwoman.

However, the video, used as a proof, was filmed as far back as in July 2014. This is quite obvious when you notice green grass and tree leaves on the roadside. The video was probably filmed in Luhansk. It was published on Youtube under the title “Niva” blown up with a mortar in Luhansk” on July 7.