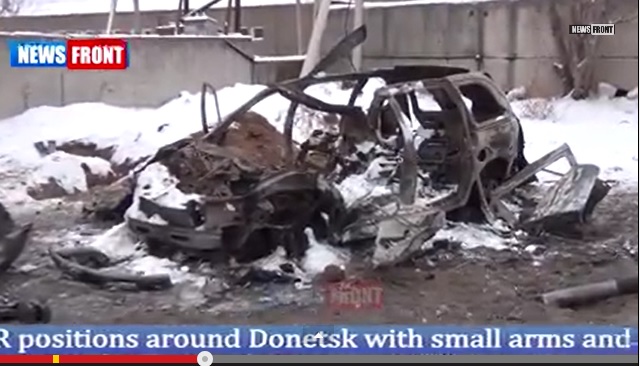 December 26, separatists’ channel News Front showed in its program “Novorossia news summary” an old video of a car destroyed on Donbas (starting from 0:27). An anchorwoman told that Ukrainian militaries destroyed a civil car near the mine Verhulevska, 2 kilometers east from Debaltsevo. “A power engineer of Stakhanovsk distribution zone died, a mine guard was delivered unconscious to the hospital of the town of Briansk”, informed the anchorwoman.

However, the video, which was demonstrated as a proof of her words, was filmed earlier and published on the Youtube channel of the Ukrainian batallion “Aidar” as far back as on December 2 under the title: “A shell of terrorists hit a car with “Aidar” soldiers”.