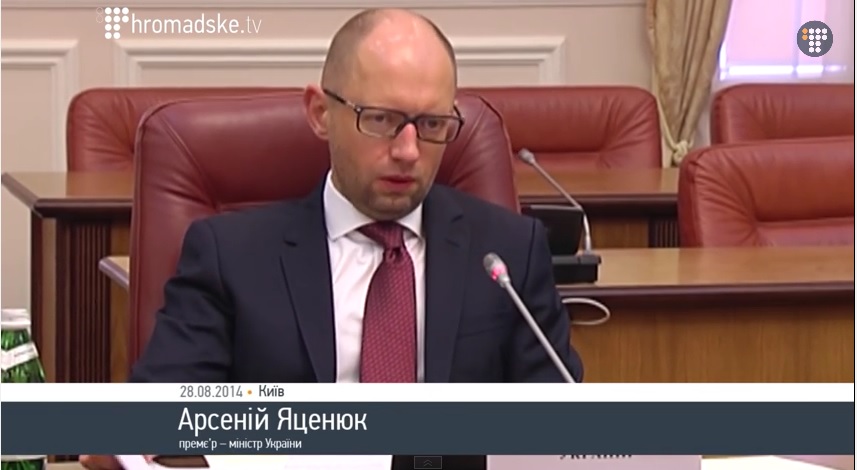 A video with Arseniy Yatseniuk has been being spread throughout the Network since September 6. In this video Ukrainian Prime Minister allegedly tries to read some text preparing for a press conference. An uploader of the video states that Yatseniuk did not know that the camera was on.

Particularly, the video entitled “Ukrops ! Here is how you are bullshitted. They forgot to switch off a camera. Yatseniuk reads his text in order to know what to tell Ukrainian media” appeared on Youtube and several websites.

In fact video shows Yatseniuk’s opening speech on the meeting with the Ukrainian World Congress which took place on August 28. This is not a preparation for a press conference, but a usual informal conversation with representatives of Ukrainian Diaspora.

Russian TV channels used already fragmented version of the speech with the most emotional moments. This reduced version was made by the agency “Ukrainian news”. All explanations about the video origin were provided, but RuNet users ignored them.