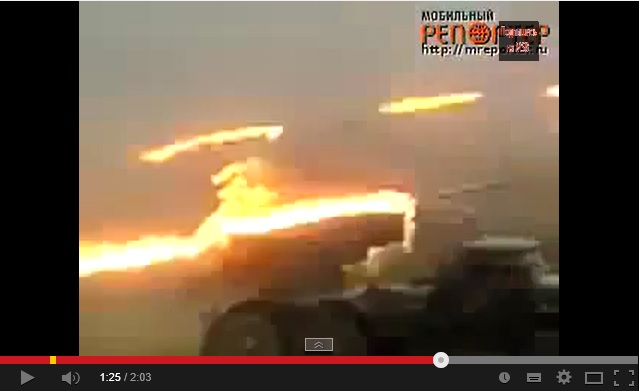 A video, allegedly showing Ukrainian troops firing at the town of Sloviansk in Donetsk Oblast from the BM-21 system “GRAD”, is being actively spread throughout social networks. The video is entitled: “New! Bombardment of Sloviansk with “GRAD” system June 9, 2014”.

However, this video was filmed neither in June 2014, nor in Slovians, but on August 9, 2008 in South Ossetia at about 2 p.m. It appeared in the Network as far back as several years ago with the title: “The volley of Russian multiple launcher rocket system battalion at Georgian army and artillery positions on Prisie Heights”.