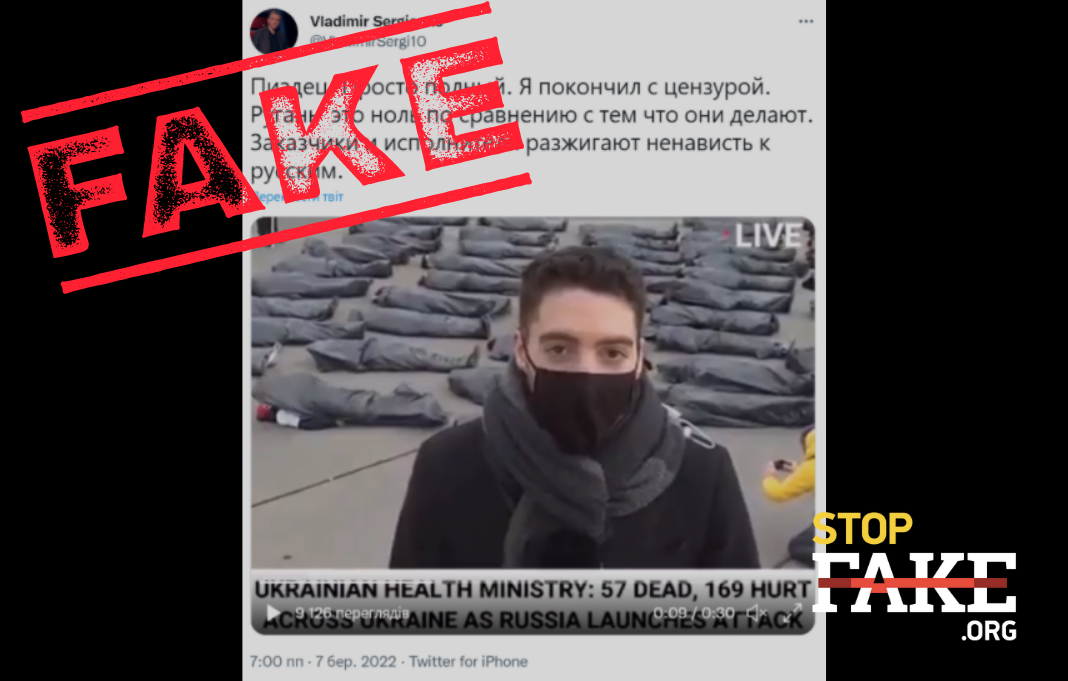 A video from a February 4 Austrian protest performance against climate change that has no connection to the war in Ukraine has been used to falsely present a picture of civilian casualties killed in the Russian war against Ukraine.

A video has surfaced in German language media about the death of civilians in Ukraine as a result of Russia’s invasion and war. In the video, one can see that a person who is meant to supposedly be dead begins moving and changing his position. Outraged comments complain that this is just another example of “Western propaganda” churning out fakes about civilian casualties in Ukraine just to incite hatred of Russians.

This video has nothing to do with Ukraine. It was first aired on February 4 on the Austrian OW24 television channel and it is a performance action held in protest in Vienna against climate change.

An Austrian reporter speaking in German describes the protest organized by the Fridays for Future international climate movement. The reporter relates how the activists lying on the ground covered in body bags symbolize people who have died due to climate change.

In one of the fake interpretations of this video subtitles have been added that read: Ukrainian Ministry of Health: 57 dead, 169 injured in Russia’s attack on Ukraine. The audio of the video has also been altered, using audio from a February 24 NBC News report about the beginning of the Russian invasion of Ukraine.

This video has previously also been used by anti-vaccination activists, they claim that COVID-19 was staged, and this story is one of many proofs of that.

According to the United Nations, since the beginning of Russia’s invasion of Ukraine through March 8, 516 civilians have been killed in Ukraine. Ukrainian Human Rights Ombudsman Ludmila Denisova has said 71 children have been killed since the war began and more than 100 have been injured.

StopFake has debunked earlier Russian disinformation claiming there are no casualties among civilians in Ukraine, and all claims of civilian deaths are staged.