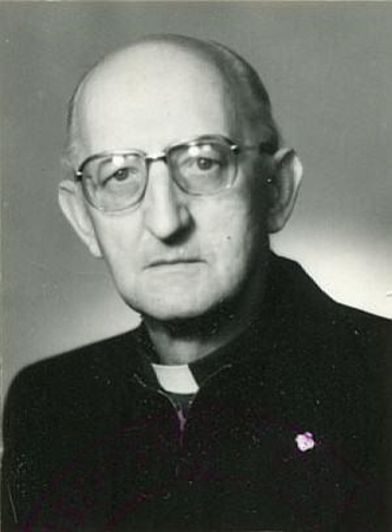 After 33 years the Polish Institute of National Remembrance (IPN) will examine the remains of the father Franciszek Blachnicki, the founder of the Christian Service for the Liberation of Nations. The communist Polish People’s Republic (PRL) special services could be responsible for his death.

Father Franciszek Blachnicki was a priest of the Archdiocese of Katowice, professor of the Catholic University of Lublin (KUL), creator of Life-Light Movement and the Christian Service for the Liberation of Nations, the national chaplain of the altar service. He was born on 24th march 1921. Before the war he took part in scout movement in Poland. In the spring 1938 he passed the maturity exam and in September 1938 he joined the military. He fought in the 1939 defensive war, then participated in the resistance. On 27th April 1940 he was arrested by Gestapo. He was then sent to the concentration camp in Auschwitz. He spent 14 months in the camp. In September 1941 he was transported to the prison in Zabrze, then to Katowice. In March 1942 sentenced to death for the resistance activity against the Reich. After over 4 months of waiting for the execution, he was pardoned and the death sentence was changed for ten years of prison after the war.

During the stay on death row in the prison in Katowice he experienced conversion. After the war he joined the Silesian Seminary in Cracow and got consecrated as a priest on 25th June 1950. In 1954-1956 during the bishops displacement he joined the work of the Secret Episcopal Curia in Katowice and organised the return of Silesian bishops to the diocese. After the specialistic studies at KUL he stayed there to continue the didactical work. He founded the Life-Light Movement, that spread not only in Poland, but also in Slovakia, Czechia and even Bolivia. The movement was an eyesore for the communist security service and caused the harassment and persecution towards father Blachnicki.

Father Blachnicki since the fifties was an object of interest of the Security Office. In 1961 he was arrested and spent 4 months in prison. He was sentenced to 13 months in prison suspended for 3 years. His “crime” was illegal publishing and spreading the truth about the persecution of the Catholic Church by the communists in Poland.

On 13 December 1981, when the martial law was introduced in Poland, father Blachnicki was outside the country. In 1982 he was appointed the head of the Polish Youth House “Marianum” in Carlsberg in Germany. In June 1982 he founded the Christian Service for the Liberation of Nations – for the nations of the Eastern Europe fighting for their liberation from the communist regimes. The centre gathered and helped not only the Poles, but also Lithuanians, Ukrainians and Belarussians.

According to the IPN’s investigators, the centre became the object of invigilation of communist intelligence services. The Department I of the Ministry of Internal Affairs of PRL introduced two agents under the aliases of “Yon” and “Panna” (“Maiden”) among the closest collaborators of father Blachnicki in Carlsberg. They conducted intelligence activity for PRL on German territory, that consisted, among others, of precise invigilation of the priest and sabotaging his ventures. The agents were Andrzej and Jolanta Gontarczyk.

Witold Bagieński, PhD, historian of special services said on PR24 radio that Jolanta and Andrzej Gontarczyk started the collaboration with PRL services in the seventies of the 20th century. After the introduction of the martial law, they were moved to the foreign intelligence and after the training sent to the West Germany to invigilate father Franciszek Blachnicki. Their target was, among others, Radio Free Europe.

Father Blachnicki’s activity was dangerous mostly because of its scale – it was addressed not only to Poles but also to other nation of the so called eastern bloc.

Father Blachnicki died suddenly on 27th February 1987. The official cause of death was pulmonary embolism.

On 1st April 2000 his remains were moved to Krościenko and buried in the Church of the Good Shepherd.

On 13th October 2020 the prosecutor of the the Division of the Commission for the Prosecution of Crimes against the Polish Nation in Katowice conducted the exhumation of the remains of father Franciszek Blachnicki in the cript of the church in Krościenko. The exhumation was the result of the investigation in the case of the communist crime of father Blachnicki murder on 27th February 1987 in Carlsberg by the functionaries of the Ministry of Internal Affairs of PRL.

The IPN opened again the investigation of the murder of father Blachnicki on 21st April 2020 because of the necessity to investigate the relevant data which was not known in 2006. On eM Radio the deputy prosecutor general Andrzej Pozorski, the director of Main Commission for the Prosecution of Crimes against the Polish Nation of the IPN stated that the exhumation is meant to determine if father Franciszek Blachnicki was poisoned.