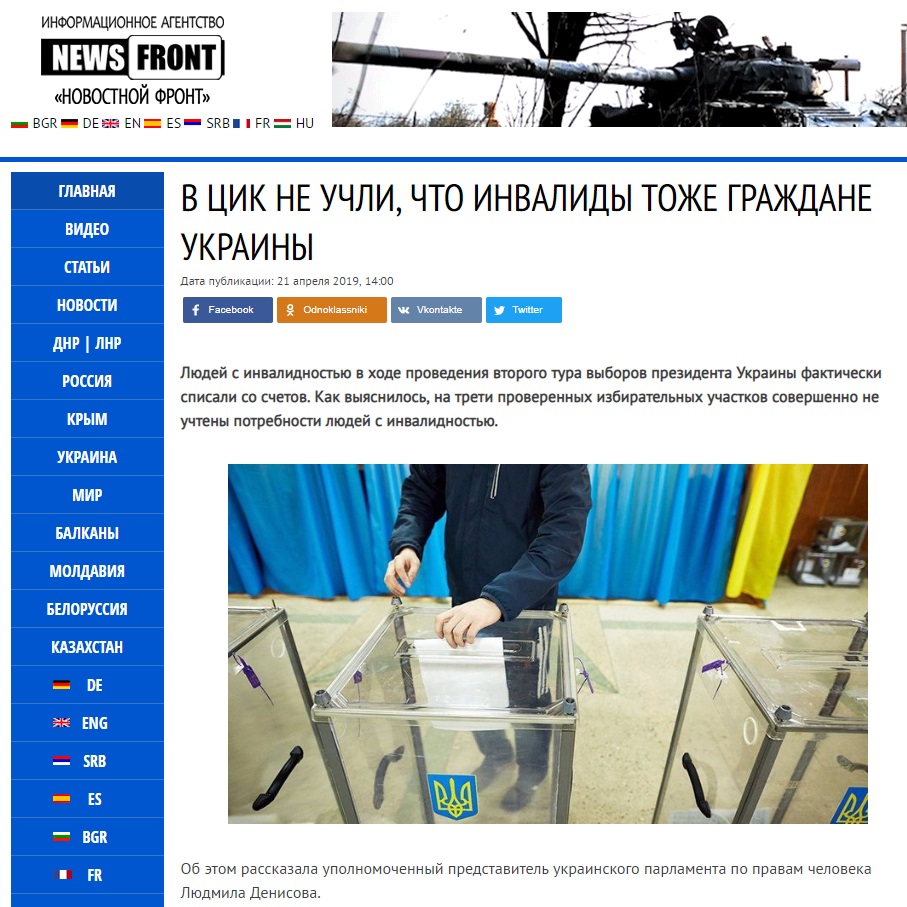 Russian pro-Kremlin site NewsFront featured a story last week claiming that Ukraine’s Central Election Commission, the agency responsible for holding elections, did not take into account the needs of disabled people during the second round of voting in Ukraine’s presidential elections. The publication seeming reached such a conclusion on the basis of a statement by Ukraine’s Human rights Ombudsman Ludmila Denysova.

During an April 9 briefing Denysova discussed access problems that disabled people face trying to cast their ballots. She did not say that the Central Election Commission disregards the rights of the disabled; she spoke about specific problems that were found at various polling stations.

The Ombudsman’s office inspected 35 polling stations and found that some were inaccessible for handicapped persons. Polling stations located on the second floor often did not have an elevator, ground floor polling areas lacked ramps for wheelchairs. Others had insufficient booths for secret voting.

On the eve of Ukraine’s presidential election, the deputy chairman of the Central Election Commission Yevhen Radchenko advised that disabled people had the right to cast their ballots in their homes. To do so they had to notify their local election district.

Prior to the election, Central Election Committee personnel met with representatives of the Council of Europe, the Ukrainian Society of the Blind and the All-Ukrainian Organization of Disabled People oto determine how best to organize polling stations to accommodate the handicapped.