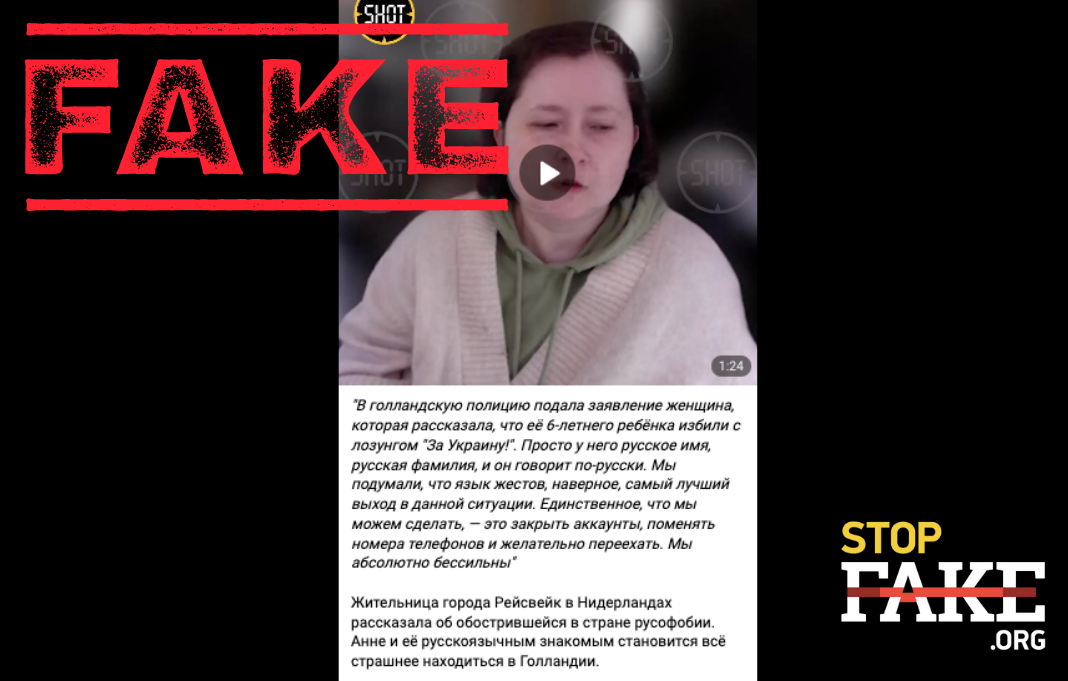 The Dutch Police told StopFake that no such incident had actually taken place. There is also no information about such an incident on any local media.

Stories allegedly proving the growth of intolerance towards Russian speakers and Russians around the world have begun to appear more and more often on social media and pro-Kremlin media. At the same time, such stories omit any mention of Ukraine, the war that Russia started against Ukraine for no reason, and focus on the suffering of the Russians, most of whom support the actions of their army.

StopFake has already refuted the story that a mob of Ukrainians allegedly beat a “Russian boy” to death in Germany. This time, a video is being circulated online, in which a woman files a complaint with the Dutch police because her 6-year-old child was beaten. The alleged perpetrators were shouting “For Ukraine” as they assaulted the child.

StopFake turned to the Dutch police press service to find out if such an incident really took place. The police replied that they did not know about any such an event, and they did not receive similar statements in the city of Rijswijk. Also, we did not find any mention of this case in the local media. There is no evidence that the level of Russophobia has increased in the Netherlands, this is denied by the Russians themselves living in the country.

It is significant that the interview itself about the “incident” was first given to an anonymous Telegram channel, and then spread by the Kremlin media. Such an algorithm for the dissemination of disinformation is repeatedly used by Russian agitprop.