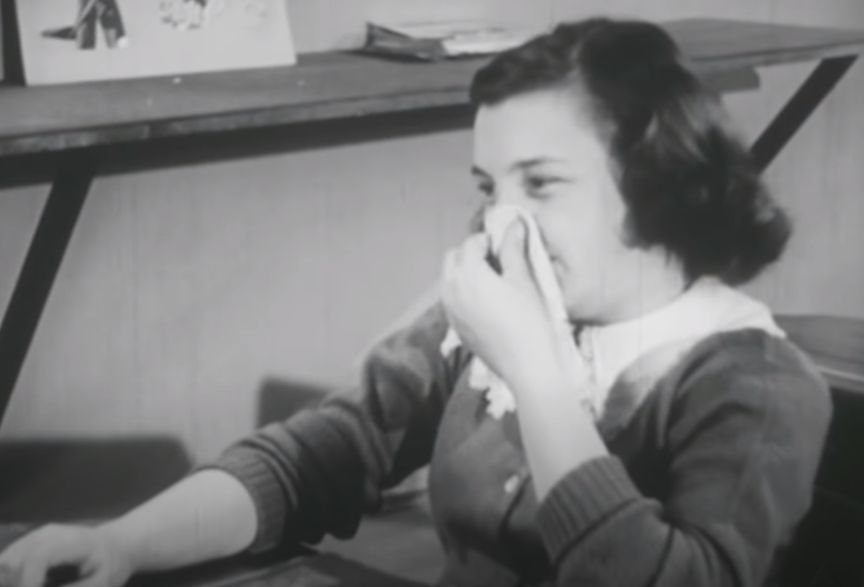 Disinformation and fake news are not only well-planned diversion actions aimed to cause panic and disorientation. It turns out that even potentially harmless and funny messages can start their own life and lead to disinformation. India Today described an example of such occurrence.

A short 58-second-long video, allegedly from the 1956, US, occurred in the web. The material, described as being 64-year-old, was shown in many places in the web as the proof of before-planning the coronavirus pandemic.

What is in the video? It looks like a newsreel from the fifties showing a vision of the future, of the 21st century. It is showing the forthcoming technologies, such as the Internet, house helper robots and direct, accessible for all travels to the other side of the world. What is more important, though, is the last part consecrated to the “upcoming plague”. The lector says, while showing obviously sick people: “Perhaps worst of all will be the emergence of a deadly and potentially devastating disease. […] Experts predict that by the year 2020 a new virus will rise. Spreading from somewhere in Asia to the rest of the world…” It is also said that because of the technological gains such as mass communication, the panic and disinformation will spread.

Black and white video pops out in many places in the Web with commentaries such as: “This footage is 64-year-old, from the 29/2/1956. Listen closely especially to the last 40 seconds. You will be shocked.”

The journalists from India Today Anti Fake News War Room (AFWA), who fight against disinformation, decided to examine the video and clearly determined that it is a mystification. The video was not made in 1956 but in 2020 – and was produced as… a satire for Covid-19 disinformation.

The researchers from India used the InVid tool which lets verify the authenticity of the videos. Thanks to this tool and the image searching engines they determined that the oldest version of the video was uploaded on 29th February 2020 on YouTube channel RamsesThePigeon. The title of the video is: “1950s PSA: “Avoiding the Future Plague””.

Worth noticing – the video description itself says that it was made using the video footage from the public domain and digital library – archive.org.

“It’s hilarious to look back on what people from the 1950s thought the future would be like! Archival and public domain footage was acquired from Archive.org. Also, yes, I only threw this together because I wanted to have a video upload on February 29th.”, we read in the video description while it has already begun to live its own life in different parts of the Internet, apart from the original uploading channel, where it had been published with an explanation.

The journalists in India have found the Twitter account with the same nickname as the YouTube channel – RamsesThePigeon. On 6th August 2020 this account twitted that being fully conscious about all the fuss he had caused, he was going to answer all the questions about the video using the Reddit. Suddenly, all became clear. As we can read on Reddit:

„I am a writer, absurdist, and satirist who recently started a viral misinformation campaign… by accident. You might know me as RamsesThePigeon”, he wrote. He also admitted that the “archival” video was an attempt to make fun of conspiracy theories and anti-scientifical perspectives about the pandemic showing up on the Internet. He also admitted that the video had started living its own life outside his YouTube channel and actually had the opposite result to what was meant.

The journalists of India Today found out that the person who uploaded the video and answered the questions was in fact a satirist – US-based Max Patrick Schlienger. In the interview for the AFP he said that he made the video on his own using educational movies, publicities and horrors from the fifties, he recorded the lector voice on his own and published all of it in the Web.

It can all seem funny. However, it shows that even such a fiddling thing, meant to cause reflection or some laugh, can bring the opposite result.