Opponents of Brexit will be forcefully dispersed by Britain’s military and police announced Russia’s Strategic Culture Foundation, a pro-Kremlin research and analysis web site. The publication claims that mass unrest will begin with Brexit and British authorities will use force to disperse street riots. Such protests of disaffected people will grow because of increased crime, food shortages and lack of medical supplies, rising costs of goods and services and road and port blockages, the publication claims. 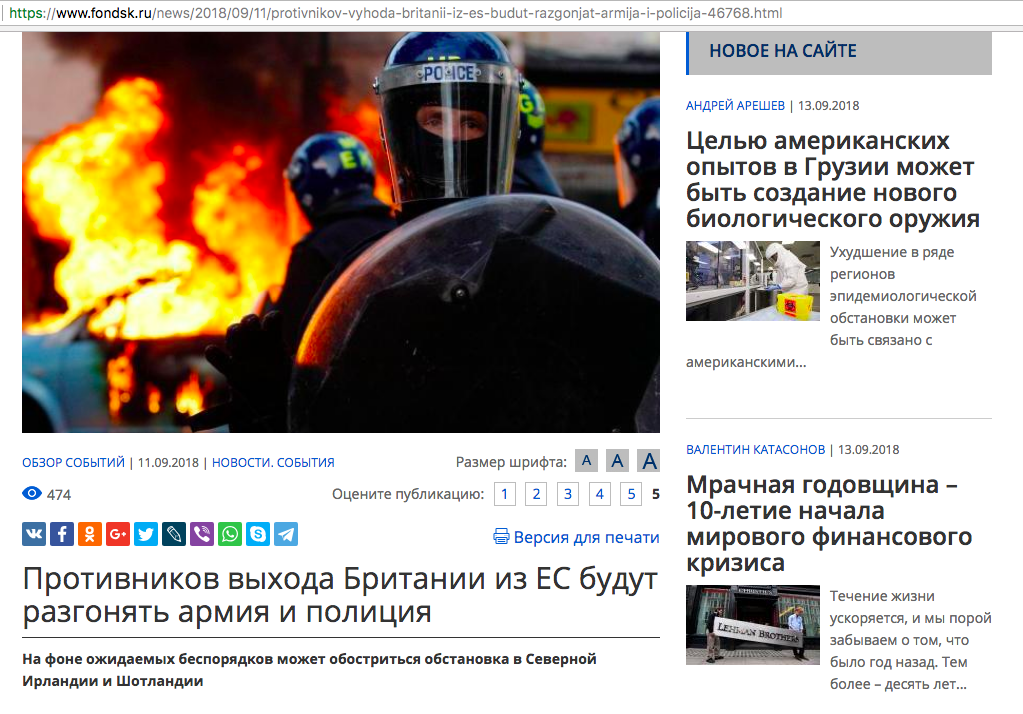 The Strategic Culture Foundation cites the British police, which “already has a plan for suppressing street riots” and a Sunday Times article about police plans on dealing with possible civil disorder in the event of a no deal Brexit, which the Russian publication presents in a completely distorted manner.

The Sunday Times article cites a leaked police document that says civil disorder is possible at Britain’s borders and ports in the event of a no-deal Brexit. The Russian version of the story completely ignores this very salient no-deal Brexit detail, that is, the possibility of not signing documents regulating various aspects of British withdrawal from the EU, such as a trade, immigration, visas, and sweepingly claims that Brexit opponents will take to the streets and will have to be dispersed by the army and police. 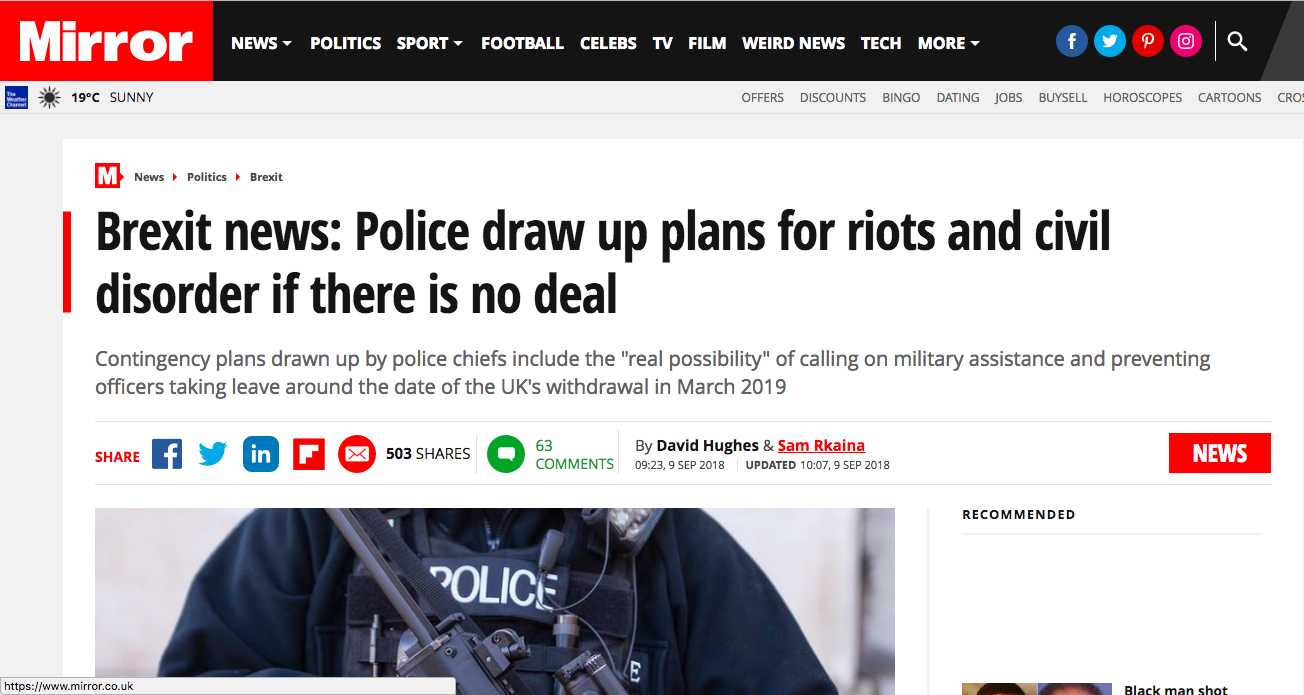 Other British papers picked up the Sunday Times story, some dismissed the police plan as scaremongering.

The Strategic Culture Foundation calls the British police plan an anti-terrorist operation. The plan which examines worst case scenarios for the country in the event of a no-deal Brexit is not an official prediction about what will happen but merely laying out possibilities, however remote, about what might occur that police chiefs will be considering later this month. The Strategic Culture Foundation conveniently makes no mention of this.

Britain’s Home Secretary Sajid Javid told the BBC he was glad the police were thinking about what might happen in a no-deal scenario.  While he does not expect a no-deal outcome, Javid said Britain needs to prepare for all contingencies.

After a 2016 referendum in which a majority of British voters supported leaving the EU, Britain invoked Article 50 of the European Union Treaty, which began negotiations on the divorce between the UK and the Union.  The United Kingdom will leave the European Union on March 29, 2019 at 11 p.m. when the period for negotiating a withdrawal agreement will end.