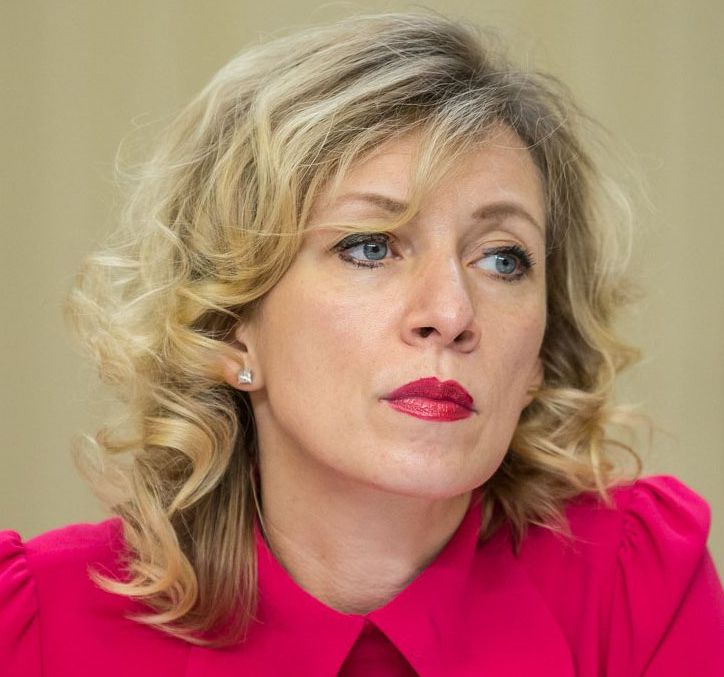 Maria Zakharova, the spokesperson of the Russian Ministry of Foreign Affairs during the briefing on 27th August 2020 in Moscow stated that the traditional statement of the European Commission on the Europe-Wide Day of Remembrance for the victims of all totalitarian and authoritarian regimes caught the attention of the Russian MFA. Because of it, the Russian MFA had to state that Brussels continues strange short-sighted line aimed at falsifying and rewriting of the European history. The European Commission once again reproduce revisionist thesis that the Germany-USSR Non-aggression pact signed on 23rd August 1939 “plunged Europe into darkness”. At the same time in the absurd style, characteristic for such ridiculous statements, there was not a word spoken about predatory and hostile towards people intentions of the Nazi regime nor about the decisive role of the Soviet Union in the victory over fascism.

Vladimir Putin’s Russia is the Russia that brags about its totalitarian past. There are many statements to prove it, both by Putin and other people related to the authorities, such as the head of the Federal Security Service Nikolay Patrushev, who said in the interview for “Komsomolskaya Pravda” on 20th December 2000 about the Day of the Cheka Officer: We did not give up our past; the history of Lubyanka of the previous century, which is going away, is our history.

If Russia glorify the totalitarian period of its history, it is no longer a surprise why it does not let speak the truth about that time. It does not fit the concept presented for the internal needs. First of all, it should be accepted that the fall of the Soviet Union was the biggest geopolitical catastrophe of the century. For the Russian nation it became a real tragedy – said Vladimir Putin. It was not a tragedy to live in the enslaved country nor millions of victims of the totalitarian regime. The tragedy was its fall.

The spokesperson of the Ministry of Foreign Affairs of the Russian Federation says in 2020 that Europe started to “plunge into darkness” not on 23rd August 1939 but a lot earlier – when in Western capitals the policy of appeasement of aggressor was chosen with its apogee in Munich Agreement in 1938, forgetting that the darkness had fallen in 1917 and tried to flood whole Europe already in 1920. For almost 20 years it was stopped on the foregrounds of Warsaw. Consequently, via treaties and agreements, such as this in Rapallo, the darkness tried to flood again the Western Europe, regardless of the victims, who should be counted in millions. Before there was “Munich Betrayal” and before we can speak about the appeasement policy towards Hitler’s Germany, Europe was deaf to the cry of the nations being murdered in the East. And if Ms. Zakharova tries to instruct Western countries about the historical speculations, she should start with her own country, which specialises in them. However, the spokesperson says that exhaustive, comprehensive and deep evaluation of those historical events was presented by the President of the Russian Federation Vladimir Putin in his article “75 years of The Great Victory: common responsibility towards the history and the future.” (…) The attempts of the European Commission to once again make the parallel between the USSR and the Nazi Germany contradict everything: history, facts, logic and morality. First of all, they contradict the sentences of the Nuremberg Tribunal. Promoting such pseudohistorical concepts for the sake of conjunctural political interests, Brussels “plays with fire” and it knows it. Such free treatment, interpretation or intentional distortion of the historical facts leads to some toleration of open propaganda of Nazi ideas in some EU state-members.

It seems, however, that Europe learned its history lesson and remembers how the policy of concessions towards Hitler has ended. Therefore, despite strong attempts of Putin’s administration and his allies in the world and even more despite millions of euro spent on propaganda, Europe does not let manoeuvre itself in appeasement policy towards Putin’s Russia – to the contentment of the entire free world.