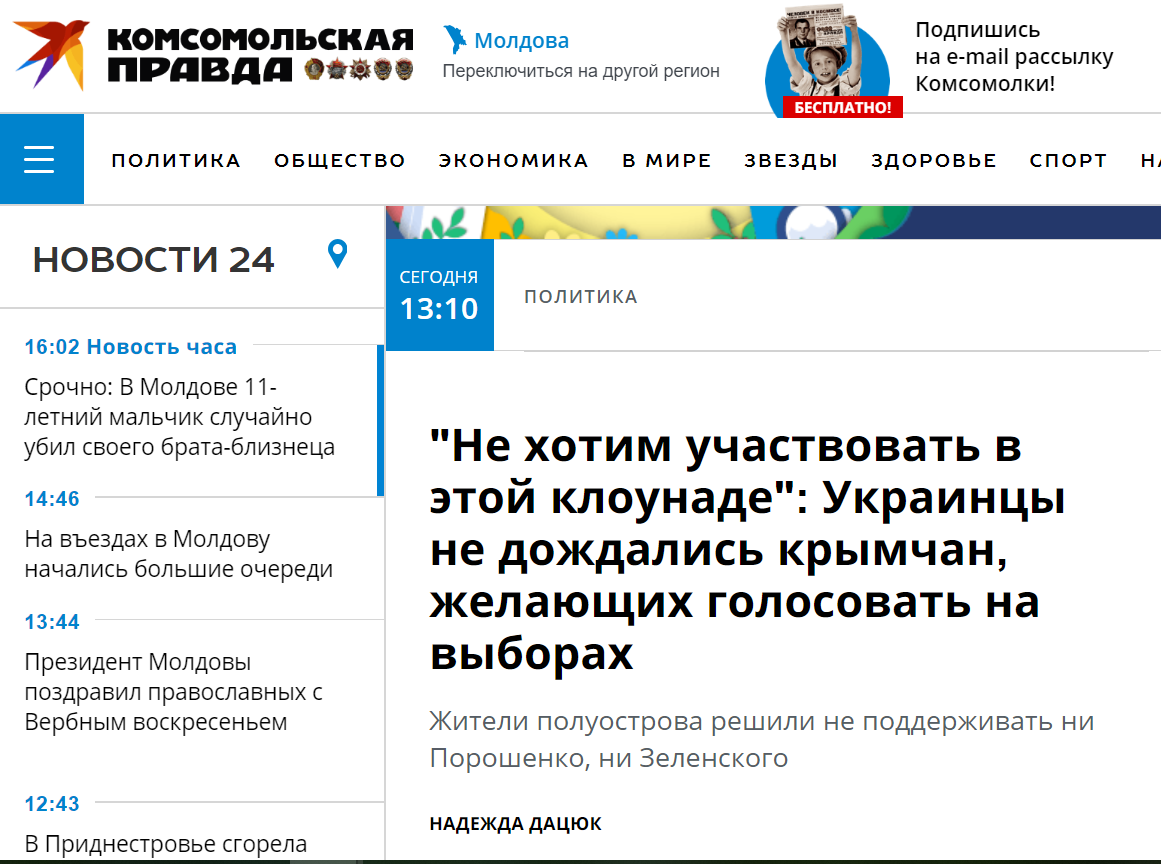 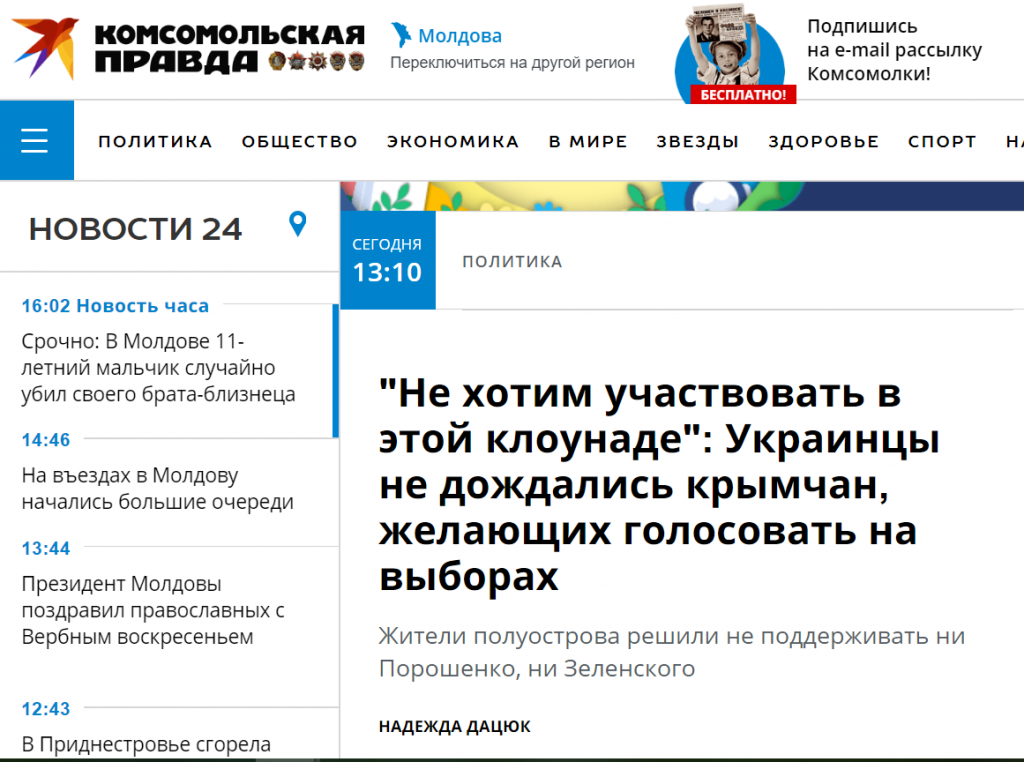 This latest story entitled We don’t want to participate in this clown show is based on several interviews with Crimea residents allegedly taken at a checkpoint at the entrance to Crimea. According to Komsomolskaya Pravda, all those interviewed were going to Ukraine not  to vote but to visit relatives.

Dementiy  Bilyi, the chairman of the Kherson branch of the Committee of Voters of Ukraine, a voters’ NGO, told StopFake that residents of annexed Crimea would have to make several trips to the mainland just to cast their ballots, first to change their place of voting and then to actually vote in both rounds of the election.  “This is financially costly but it is also a security issue for them, therefore, as a rule, Crimeans do not advertise their voting,” Bilyi said.

According to Ukraine’s Voter Registry, 4,419 Crimea residents registered to vote in the first election round in polling stations on the Ukrainian mainland. The number of voters for the second round was even higher, 4,884.

One polling station in Kherson province registered 340 Crimea residents to vote in the first presidential election round, by the second round that number had grown to 472. Polling stations in the Kherson region are the most accessible for residents of Crimea.

On Election Day Kherson journalists spoke to many Crimean voters who traveled to cast their ballots at polling stations in the Henichesk region. They all expressed fear that if occupying Russian authorities discovered they came to Ukraine to vote, they would be fired from their jobs.

In the village of Kolonchak at polling district No. 186 in Kherson province, 102 Crimean voters had cast their ballots by midday; this is nine more than in the first round of voting.

According to the presidential envoy for the Crimean Tatar People Mustafa Djemilev, some 800 Crimea residents came to mainland Ukraine to cast their ballots. He pointed out that the journey to vote was a very long one for Crimeans, and one that carries great risk for their safety upon returning to the peninsula. That is why large numbers of voters from occupied Crimea are not expected, he said.