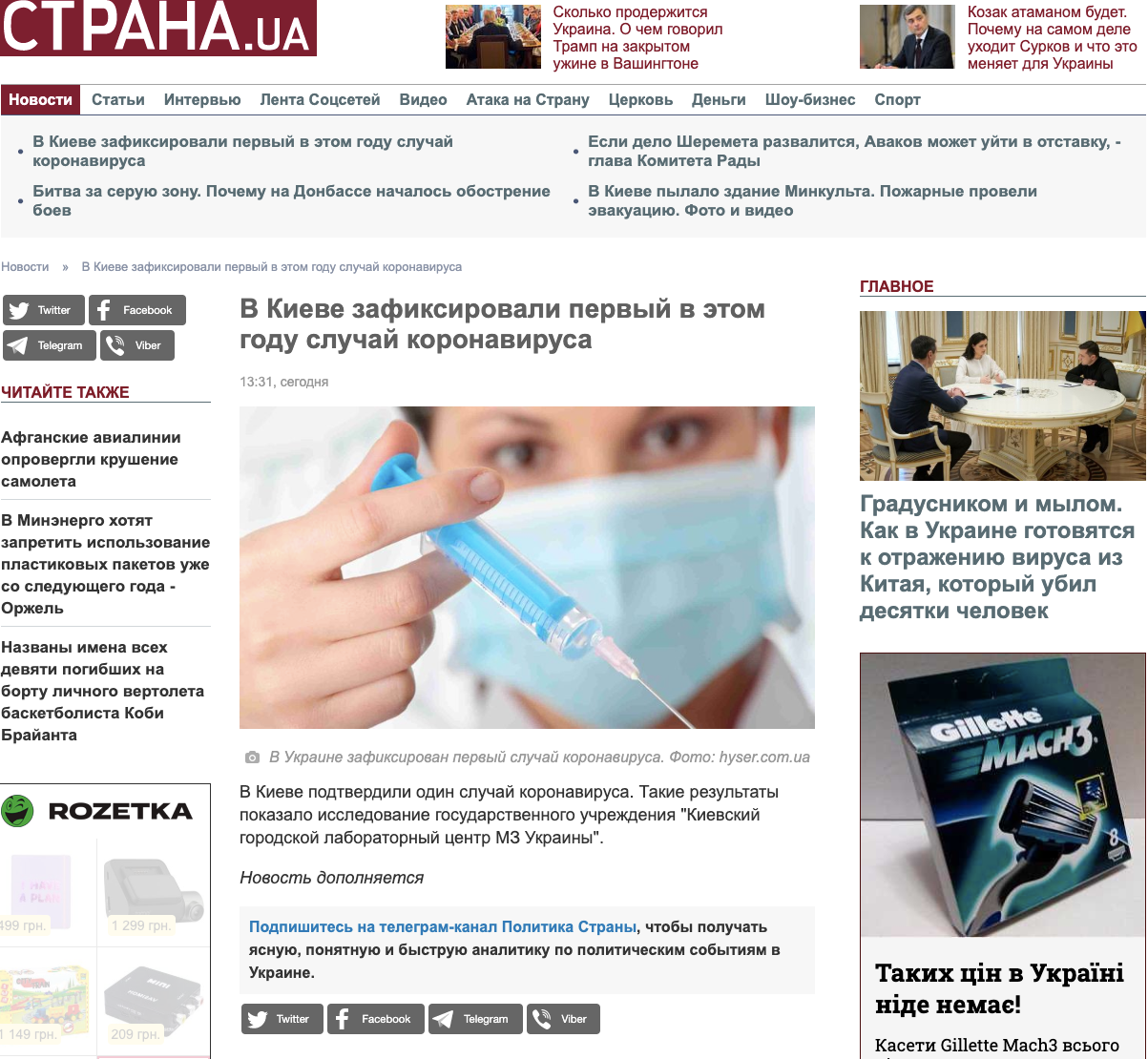 The pro-Russian site Strana.ua which according to a recent independent fact checking study is in the top five least truthful media outlets announced on January 27 that the deadly Chinese coronavirus strain has been identified in Ukraine. Strana’s fake story was immediately picked up by Russian RT. Ukrainian media also raised a panic but after a while most sites rushed to edit their earlier posts, removing phrases such as “deadly Chinese virus in Ukraine” and adopting a more neutral, but nevertheless distorted tone.

This fake story is based on a Ministry of Health Kyiv Laboratory Center report on the epidemiological situation in Ukraine. According to the report, the rate of influenza and acute respiratory infections in Ukraine has increased by 19% compared to the previous week. Of the 12 positive flu samples the Laboratory obtained, one tested positive for the coronavirus, however the Laboratory does not say that this is the same strain as the one currently spreading in China. This however did not prevent journalists from raising a false alarm and generally scaring the public.

The Kyiv Laboratory has issued a statement pointing out that the coronavirus found in the capital has nothing to do with the deadly Chinese strain. The coronavirus identified in the report has been circulating in Ukraine for decades, according to the Laboratory and it brings on mild or moderate upper respiratory tract illness. The Chinese coronavirus has not been found in Ukraine, the Laboratory assured and urged Ukrainians not to panic because of fake stories claiming otherwise.

According to various sources, several dozen strains of the coronavirus have been recorded in the world, seven of which present varying degrees of danger to humans. First and foremost, these types of viruses bring on respiratory disease.

Viruses are dangerous because they can be transmitted by humans and animals and because they mutate so quickly.

The World Health Organization has declared the new coronavirus a global emergency.

The vaccine against the new coronavirus strain that began in China is only in the early stages of development. The elderly and those with weakened immune systems have the highest risk of contracting the Chinese coronavirus.