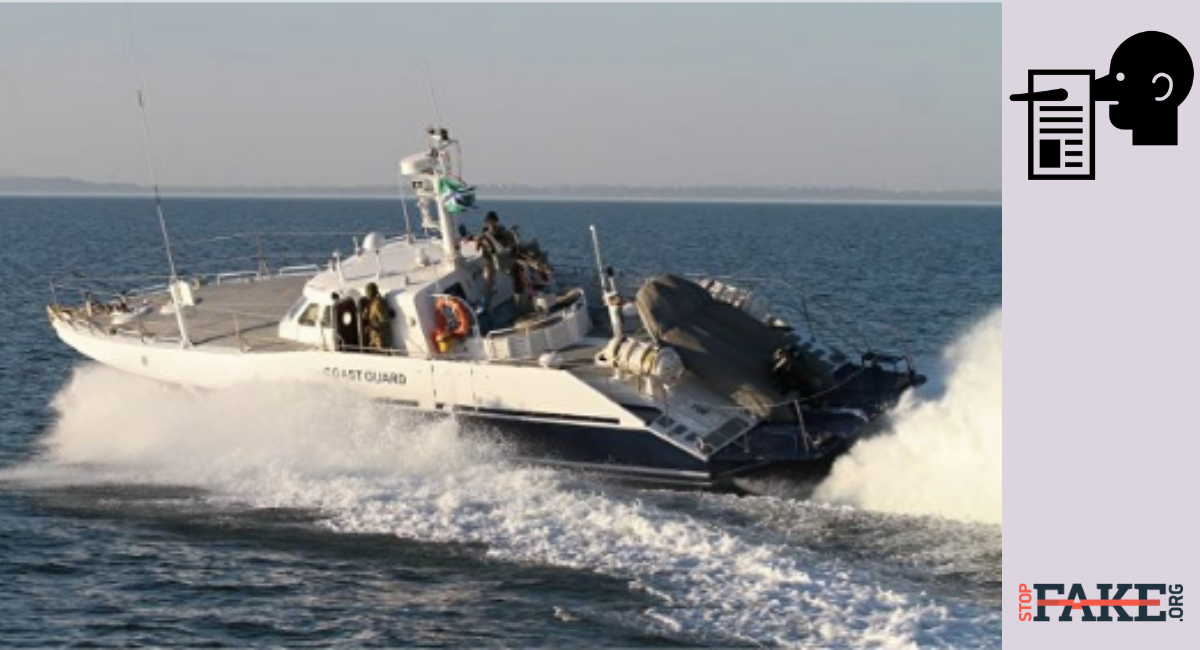 The European Union is speaking out against Ukraine’s military buildup in the Azov Sea, declared the pro-Kremlin internet publication Ukraina.ru on October 23. The EU expressed dissatisfaction with the growing number of Ukrainian military vessels in the sea and even warned Ukraine against increasing its military presence there, the publication claimed. Other  russian  media such as RIA Novosti, RBK and TASS carried the same story, albeit with less accusatory headlines, and all of them cited Federica Mogherini, the High Representative of the EU for Foreign Affairs and Security Policy as the source.

Mogherini however did not criticize Ukraine at all; on the contrary, it is Russia that she criticized.

On October 23 Mogherini delivered an address to the European Parliament on the situation in the Azov Sea in which she stated that the EU “did not want to witness yet another military build-up in our immediate region”.

Russian media manipulated Mogherini’s address; they claimed she spoke about a Ukrainian military presence in the area when in fact she spoke about the Russian fleet, which is destabilizing the region by its heavy handed tactics in the Black and Azov seas.

“The construction of the Kerch Bridge between the Crimean peninsula and the Russian Federation took place without Ukraine’s consent, and it constitutes another violation of Ukraine’s sovereignty and territorial integrity. On top of that, the bridge hinders the passage of vessels to Ukrainian ports in the Azov Sea…. A militarization of the Azov Sea is in no-one’s interest, and it can only destabilize the delicate security situation in the wider Black Sea region. Let me remind us all that the Black Sea is a European sea, and we do not want to witness yet another military build-up in our immediate region. We will continue to push for the respect of international law and conventions, and to support Ukraine in these challenging circumstances,” Mogherini said.

"A militarisation of the #Azov Sea is in no-one's interest [..] we will continue to push for the respect of international law and conventions, and to support Ukraine in these challenging circumstances" @FedericaMog #EPlenary pic.twitter.com/DoDdRtJ4ID

The situation developing in the Sea of #Azov is alarming & unacceptable. We cannot allow Russia to deny access to neighbouring territories through the aggressive militarisation of our seas. @NATO must continue its support to Ukraine 🇺🇦 #EPlenary pic.twitter.com/IXCJjUrKPE

NATO responded to the EU’s call, during his October 24 press conference NATO Secretary General Jens Stoltenberg NATO Secretary said that the Alliance condemned Russia’s militarization of the Azov waters and “expresses full support for Ukraine’s sovereignty and territorial integrity, including freedom of navigation”.

A day after the NATO statement the European Parliament adopted a resolution calling for the strengthening of sanctions against Russia because of its destabilizing actions in the Azov Sea. The EU also called for expanding the scope of the OSCE mission in Ukraine in the field of maritime transport.

Contrary to Russian media claims, there were no warnings or accusations of militarizing the seas towards Ukraine issued by the European Union.

Meanwhile Ukraine continues to incur losses from Russia’s blockade of the Azov  Sea and the Kerch Strait. In a Radio Liberty interview, Ukraine’s Infrastructure Minister Volodymyr Omelyan said Ukraine’s ports have suffered more than a billion hryvnia in losses. Since Russian aggression against Ukraine began in 2014 the ports of Mariupol and Berdyansk have lost nearly half their cargo traffic. Furthermore, Russia’s security service the FSB has made it a rule to stop and inspect all ships heading to Ukraine, forcing ship-owners to lose some 15-50 thousand dollars daily, Omelyan said.