Fake: European Union Ceases to Believe in NATO and the US

European Union residents do not see any threats from Russia despite all the efforts of the US to convince them otherwise, RT declared last week. Citing a report by the Atlantic Council American think tank, another pro-Kremlin publication, Sputnik claims the US intends to create myths about Russian aggression in order to increase its influence on EU countries, but such efforts will not be successful because the European Union has long been contemplating the purpose of NATO and the EU no longer has confidence in the Alliance. 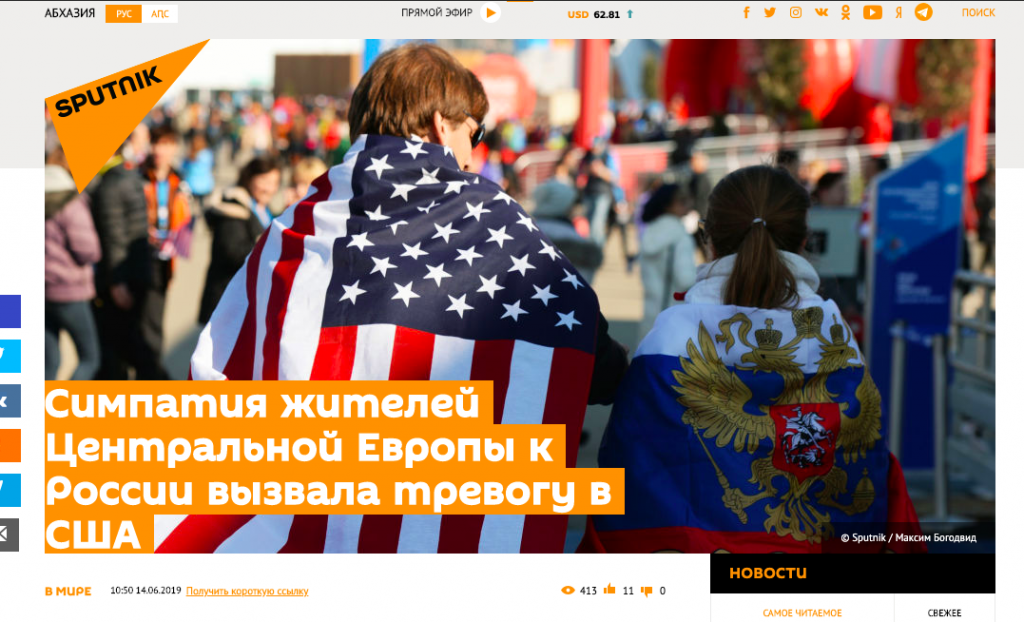 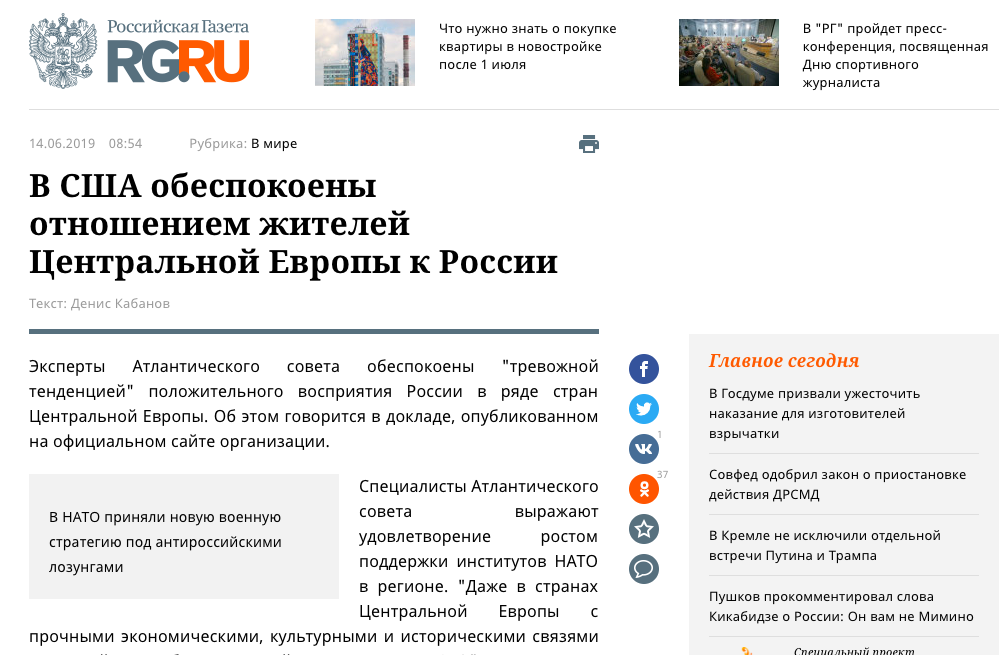 RT cites the director of the Russian Center for Geopolitical Expertise Valeriy Korovin, who says that American attempts to influence civil society in Europe are acts of aggression against European countries, the US seizes countries without using weapons by influencing public opinion. 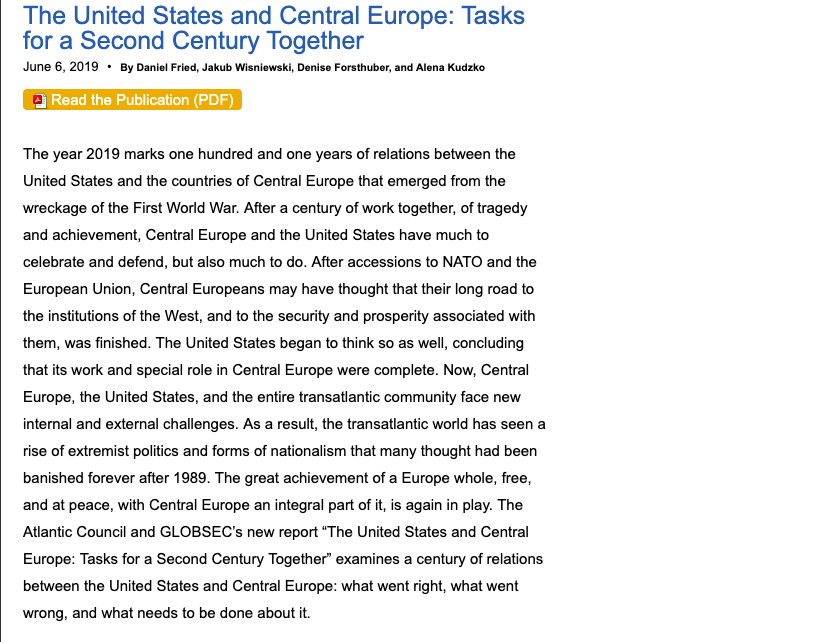 The report RT and others have distorted for their fake narratives is an Atlantic Council white paper entitled The United States and Central Europe: tasks for a second century together prepared to mark 101 years of relations between the United States and the countries of Central Europe. The paper’s abstract states that recently the West has been facing new internal and external challenges, the rise of extremist politics and nationalisms that many thought had been banished forever after 1989.

The report considers possible threats to the security and stability of the United States and the countries of the European Union and examines how Russian aggression is perceived in the EU. The paper explains that after the end of the Cold War the US perceived Russia as a potential partner. Even the 2008 invasion of Georgia did not convince NATO to reconsider its relations with Russia, thus enabling the Kremlin to unleash its aggression against Ukraine in 2014.

“Only after the 2014 Russian invasion of Ukraine did NATO reassess its assumptions. Through decisions made at three post-2014 NATO summits (Wales in September 2014, Warsaw in July 2016, and Brussels in July 2018) NATO started increasing the strength and readiness of its deployable forces, and began to deploy forces to the Baltic States and Poland as a form of deterrence against potential Russian aggression…. This welcome progress may not, however, be enough to deter Russian aggression or intimidation” the report reads.

The Atlantic Council report does provide data on which country is seen by EU members to be a threat, Russia or the US. Former Communist countries such as Bulgaria, Hungary and Slovakia on average do not see any threats from Russia. The authors of the report explain that this view is likely the result of large scale disinformation pushed by the Kremlin.

At the same time more than half the population of Poland, the Czech Republic and Romania point to the aggression coming out of Russia. NATO support among Central European countries with strong economic, cultural, or historical links to Russia is growing and twice as many people support NATO membership as oppose it.

Russian media ignore these salient details of the report of course. As for the EU questioning the need for NATO or questioning its purpose, Russian media completely distorted the actual findings of the Atlantic Council report. According to the report, in recent years support for NATO in such countries as Poland is growing where it exceeds 90%. Even in more skeptical countries such as Bulgaria and Slovakia, more than half of the population supports NATO. 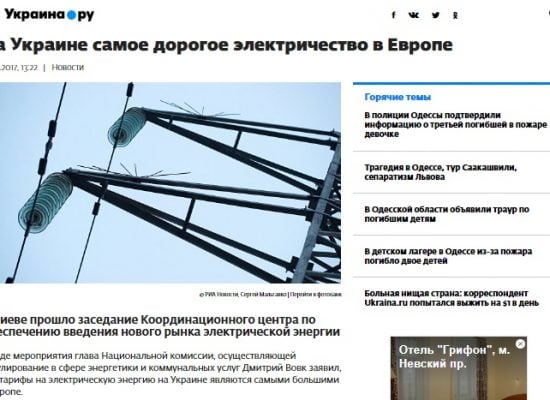 Fake: Ukraine Has the Highest Electricity Prices in Europe 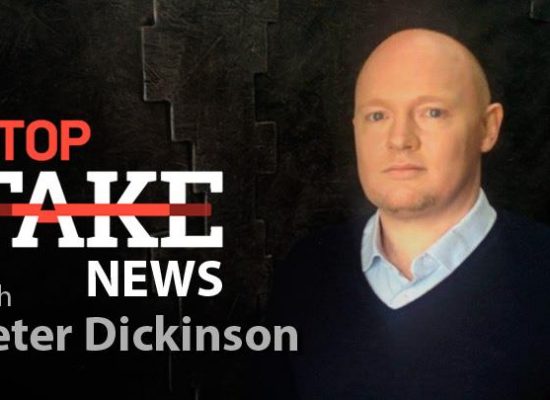 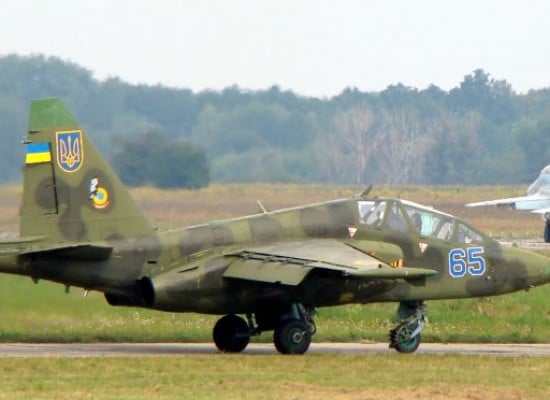 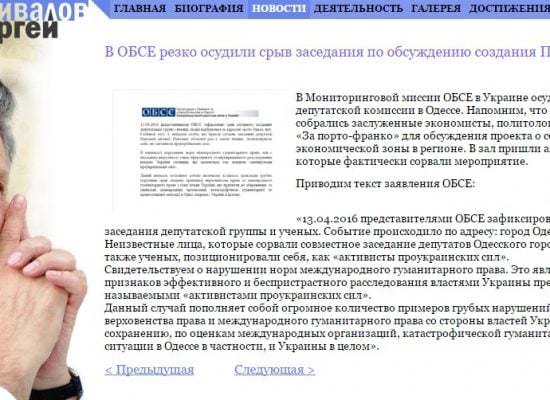 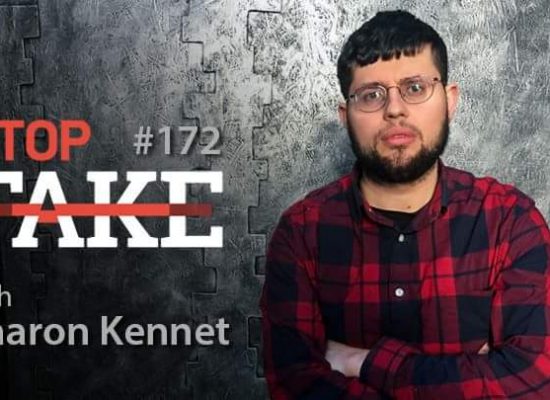